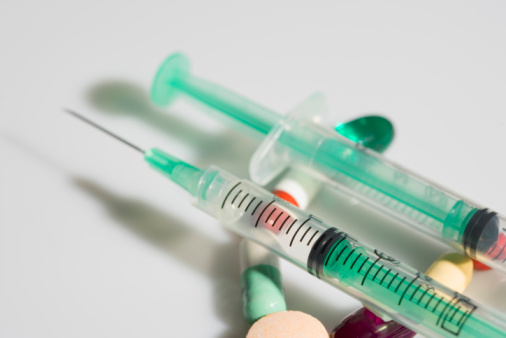 A year-long Australian Crime Commission (ACC) investigation has found widespread use of banned drugs in Australian professional sport as well as links with organised crime.

The investigation has identified organised criminal networks which have been involved in distributing the drugs to athletes and support staff, including doctors and coaches and suggests that, in some cases entire teams have been doped.

Key points of the Organised Crime and Drugs in Sport report show:

• The use of prohibited substances, including peptides, hormones and illicit drugs, is widespread among professional athletes – although evidence indicates it's not a majority of athletes;

• Multiple athletes across a number of codes are implicated;

• In some cases entire teams have been doped;

• Players are being administered with drugs not yet approved for human use;

• Doping is being facilitated by sports scientists, coaches, support staff, doctors and pharmacists;

• Organised crime is involved in the distribution of the drugs and in one possible case, match-fixing.

In response to the report, the Federal Government together with Australia's major professional sports have announced tough new measures to crack down on the use of performance enhancing drugs and unethical behaviour in sport.

The ACC investigation (codenamed Project Aperio) was supported by the Australian Sports Anti-Doping Authority (ASADA) and the Therapeutic Goods Administration (TGA) and examined:

• The market for Performance and Image Enhancing Drugs (PIEDs);

• The involvement of organised criminal identities and groups in the distribution of new g eneration PIEDs;

• The use of World Anti-Doping Agency (WADA) prohibited substances by professional athletes in Australia;

• Current threats to the integrity of professional sport in Australia.

The report also notes increasing evidence of personal relationships of concern between professional athletes and organised criminal identities and groups. This may have resulted in match fixing and the fraudulent manipulation of betting markets.

Explaining the findings, Federal Justice Minister and Minister for Home Affairs Jason Clare stated "the Australian Crime Commission has found that professional sport in Australia is highly vulnerable to infiltration by organised crime.

"Multiple athletes from a number of clubs in major Australian sporting codes are suspected of currently using or having previously used peptides, potentially constituting anti-doping rule violations. Officials from clubs have also been identified as administering, via injections and intravenous drips, a variety of substances."

Responding to the report Federal Sport Minister Kate Lundy said all sports have committed to work with the Government, ASADA and law enforcement agencies to restore community confidence in sport.

Senator Lundy explained "this week the Government introduced legislation to strengthen ASADA's powers to enable the full and unhindered investigation of these issues.

"If persons of interest refuse to cooperate with ASADA investigations they will be liable for civil penalties.

"To support these new powers I have doubled the investigative resources at ASADA to ensure athletes and support staff who are involved in unethical behaviour will be scrutinised.

"In addition, I will be discussing with State and Territory Sports Minister's measures which we can implement to further strengthen the National Integrity of Sport Unit."

Senator Lundy issued a warning to sports administrators, medical officers, support staff and athletes that staying silent is no longer an option.

Australia's major professional sports are equally as committed to stamp out doping and will:

• Establish integrity units to deal with doping, betting and ethical issues within each sport;

• Cooperate fully with ASADA and law enforcement agencies in a joint investigation;

• Call on their athletes to come forward, own up and co-operate with investigators to possibly reduce sanctions;

• Have zero tolerance for any support staff who are involved in peddling inappropriate substances and assurances that they will not be employed by other codes.

All members of the Coalition of Major Professional and Participation Sports (COMPPS) have received confidential, classified briefings.