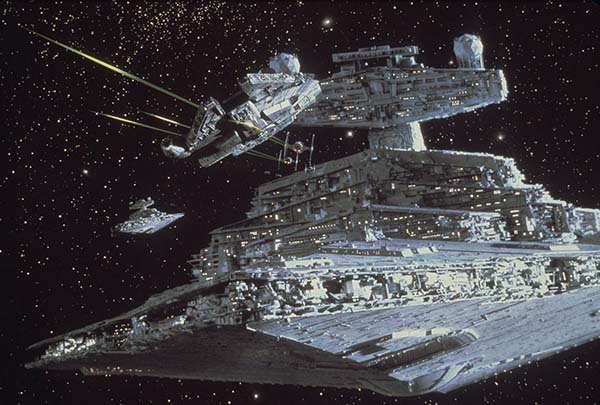 The Disney owned visual effects production company, Industrial Light and Magic (ILM), founded by Star Wars creator, George Lucas, is to establish its next base of operations at Fox Studios in Sydney's east.

Fox Studios will be ILM’s fifth studioand is in addition to their outposts in San Francisco, Vancouver, London and Singapore.

A 10% tax incentive for the post, digital and VFX (PDV) sector sealed the deal on the opening of the Sydney base. The 10% tax subsidy offered by the NSW Government is on top of Commonwealth incentives.

The NSW Government claims that more than 500 local jobs would be created as a result of the deal and the new studio would contribute to the making of the next Star Wars films.

The NSW Government introduced the tax subsidy as a last attempt to confirm ILM’s move. The subsidy can be accessed by filmmakers who commit to spending over $500,000 on PDV in NSW. It matches incentives offered in South Australia and Queensland.

ILM is expected to deliver $333million in post-production business in the first five years and $100million each year after.

NSW Minister for Jobs and Investment Stuart Ayres noted "this decision helps achieve the NSW Government’s vision of creating great jobs in great places. It is a fantastic boost for the NSW film, television and streaming industries which increases global competitiveness, helps retain the best talent and creates jobs.

“NSW as a technology focused and services driven economy is a natural fit for investment in and support of the film and PDV industries. We look forward to seeing more jobs, investment and projects being located in NSW.”

"We’re committed to keeping up our competitive edge to secure major investment that will continue to drive the creation of these highly-technical jobs across our local creative industries."

ILM was founded by Lucas in 1975 and went on to become the world’s most recognised special effects company. As well as the Star Wars, Star Trek and Marvel series, ILM has worked on big budget movies such as Raiders of the Lost Ark, Titanic, Jurassic World, ET, Back to the Future, Terminator 2, Schindler’s List, and Jumanji.

ILM was acquired by Disney in 2012 as part of the purchase of Lucasfilm.

Image: One of the many miniatures Richard Edlund and the ILM crew shot for the original Star Wars trilogy courtesy of The Academy in Arts and Science.