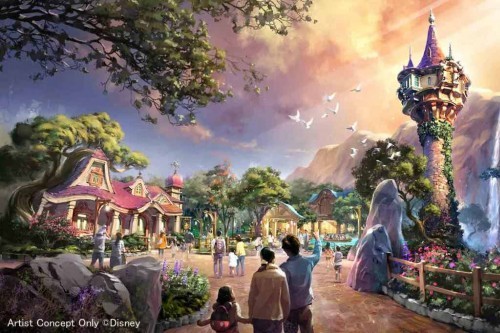 A US$2.27 billion plan to expand the Tokyo DisneySea attraction in Japan iss to include a themed port with three mini-lands and a new hotel.

Resort owner the Oriental Land Co. Ltd. has announced that it has reached an agreement with US-based Walt Disney Company that aims consolidate Disney’s dominance of the area and will include a themed port with three mini-lands and a new hotel.

Set to open in 2020, the new project will fill a large area abutting Tokyo DisneySea and Tokyo Disneyland  and will be accessed via a pathway between what are presently the Arabian Coast and Lost River Delta ports.

The three new mini-lands will be themed by Disney’s Peter Pan, Tangled, and Frozen properties.

The Frozen land will continue the story after Queen Elsa has embraced her magical powers; Tangled will feature Rapunzel’s tower and a boat ride inspired by Rapunzel’s ‘Best Day Ever’ while  the Peter Pan area will include a new flying boat ride over Neverland, featuring, according to a statement from the Oriental Land Co. Ltd “iconic music and dynamic 3D imagery”.

In addition, designs for the hotel, which will offer 475 deluxe and luxury guest rooms, show a romantic confection of towers, balconies and minarets, set in landscaped gardens.

Licenses between the Walt Disney Company and Oriental Land were previously set to run until 2046 but, as part of the expansion, have now been extended to 2076.

Tokyo DisneySea opened in 2001, as part of the Tokyo Disney Resort in Urayasu, just outside Tokyo.