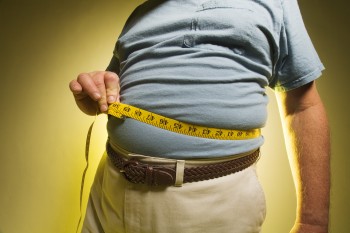 Deakin's Global Obesity Centre (GLOBE) has had its status as a world-leading research centre on obesity prevention reconfirmed by the World Health Organization (WHO).

GLOBE has been re-designated a World Health Organization Collaborating Centre (WHOCC) for the fifth consecutive time, marking more than 20 years of international research collaboration for the Centre that is at the forefront in helping men, women and children lead healthier, happier lives.

GLOBE Director, Professor Steven Allender noted that the renewed status, confirmed this week, made GLOBE the longest serving WHOCC in the area of obesity prevention world-wide.

Allender advised "research undertaken by GLOBE included analyses of the most effective and value-for-money policies for addressing obesity, interventions in supermarkets and other food retail settings, monitoring of obesity and related risk factors, and community-based interventions.”

Based in Deakin’s Institute for Health Transformation (IHT), GLOBE has more than 30 active projects worldwide.

Professor Allender said unhealthy diets and obesity were the biggest contributors to ill health in Australia.

Professor Allender  also highlighted that "we know that two-thirds of Australian adults and more than one-quarter of children are overweight or obese increasing the risk of developing type 2 diabetes, heart disease and certain cancers.

"The cost of this ill health to the Australian economy alone is estimated to be $50billion a year.

"Our research across Australia and particularly in Geelong and regional Victoria has increased our understanding of how a community response can drive the change needed to improve health outcomes.

'Over the past two decades we have seen a widespread shift in food policy in schools, sports and recreation centres and among community groups that reflects this community response.

"But there is still the need for strong government leadership on recommended actions such as a tax on sugary drinks, better food labelling and restrictions on junk food marketing to children.”

There are currently more than 800 WHO Collaborating Centres in over 80 Member States. With its fifth WHOCC designation, GLOBE’s status is now renewed until April 2024.