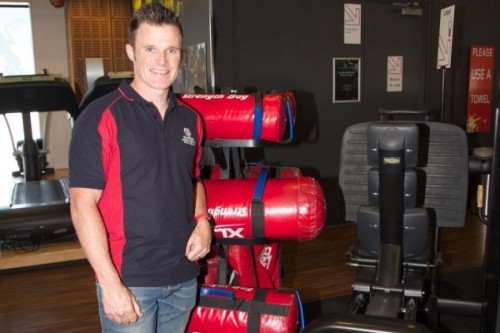 With the World Health Organization ranking New Zealand worst in the world for children’s activity, Exercise Association of New Zealand (ExerciseNZ) Chief Executive Richard Beddie has shared his fears that the country is facing an obesity epidemic and physical inactivity crisis.

Ranked 13th worst in the world for meeting World Health Organization (WHO) activity guidelines - and the worst for children with only 10% meeting the guidelines – Beddie’s comments follow a new UK report that suggests caffeinated sugar-packed drinks such as Monster and Red Bull could begin falling out of favour with consumers as the UK Government announces a ban on the sale of energy drinks to children under the age of 16.

Beddie (pictured) says the New Zealand Government needs to take immediate and serious action needs to be taken, beyond merely presenting information, advising “as a country we must change the environment in which children and adults are falling into the obesity and lack of exercise trap.

“That’s’ squarely the role of government which has to make tough decisions. Exercise NZ is keen to work with and advise government the way forward because evidence shows that with lack of people’s activity, especially children, the politicians in power need to make the hard calls and fast.

“Evidence that sugary drinks, which include energy drinks, are a major contributor to not only obesity, but other health conditions, and steps can be taken to reduce their harm by reducing access.

“If the same number of people that were prematurely dying from health conditions directly attributed to obesity and physical activity were combined we would be taking urgent action.

“The problem is the effects aren’t instant; they are often hidden. But the data is there plain for all to see. To put it into perspective: the annual road toll in New Zealand is around 300 deaths a year. Lack of physical activity accounts for 12.7% of all deaths annually. In 2015, that was just under 4000 individuals - more than 10 times the road toll.

“We need action and we need it now. We are here to support and work with the government on evidence-based decisions to change the environment to reduce obesity and increase physical activity.”