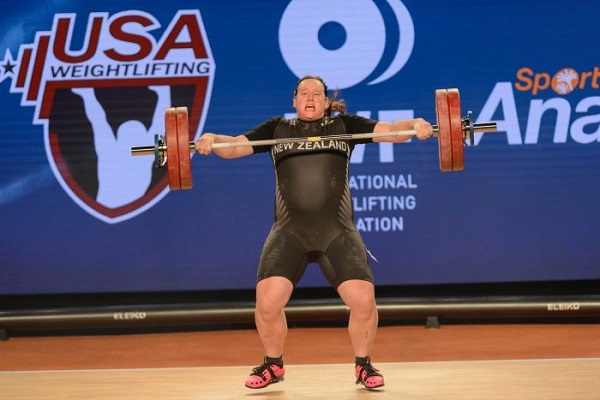 Controversy over New Zealand transgender weightlifter Laurel Hubbard winning gold at the Pacific Games in Samoa earlier this month is leading to new debate about whether trans woman have an unfair advantage with groups calling for trans women to be banned from female competition until more research is conducted on the matter.

The outrage that followed Hubbard's gold medal wins in Apia prompted the Pacific Games Council to commit to a thorough review of its policies, and groups in New Zealand and the United Kingdom have since called for the International Olympic Committee (IOC) to suspend its rules that allow male-to-female transgender athletes to take part in women's competitions.

Prime Minister Tuilaepa told the Samoa Observer "this fa'afafine (a Samoan third gender) or man should have never been allowed by the Pacific Games Council president to lift with the women.

"No matter how we look at it, he's a man and it's shocking this was allowed in the first place."

Up to now there has been very little scientific study of the impact that a sex change has on a male athlete's body, and that undermines the IOC rules, according to Daryl Adair, Associate Professor in sports management at the University of Technology Sydney.

Adair told the ABC "the IOC has made policy without demonstrating a scientific robustness about this.

"Back in 2003, this wasn't open season for transgender athletes. This was only for those who had gone through the whole surgical procedure."

He said it became controversial in 2015, when the IOC changed its policy to allow hormonally transitioned athletes.

A 2015 study from US scientist and transgender athlete Dr Joanna Harper, who advises the IOC, examined the race times of eight transgender women runners.

It found that collectively the athletes had much slower race times after transitioning from male to female, but Dr Harper concedes that the study is limited and more research is needed.

She advised "I'd be the first to admit that it's a very limited study. Eight subjects, one sport, and it's a sport where size and strength aren't advantageous."

She said there was "certainly very little data on strength athletes" and that men have "approximately 25% greater upper body strength than women".

Dr Harper is poised to release a second study soon, and will publish a book called Sporting Gender at the end of the year, but in the meantime she is one in a panel of experts who has advised the IOC to halve testosterone limits in women's sport from 10 to five nanomoles.

She added "we had a meeting in June, we didn't reach any agreement," she said.

"Despite the fact that most trans women can be relied upon to keep their hormone levels low, in elite sport you're definitely going to have to set a limit.

"But will trans women still have advantages after that? Of course. All of the muscle mass and strength isn't going to go away."

Dr Nicola Williams, Research Director for the UK's Fair Play for Women, called for all transgender athletes to be banned from women's sport until a new wave of scientific studies have been completed, stating "we must suspend the rules now and wait for that data in the next five, six, seven years and then decide."

"Female sport is there to showcase exceptional women. It's not a playground for mediocre males, and it's certainly not a place to validate gender identity."

Hubbard was at the centre of a heated discussion about trans athletes after being selected for the Commonwealth Games.