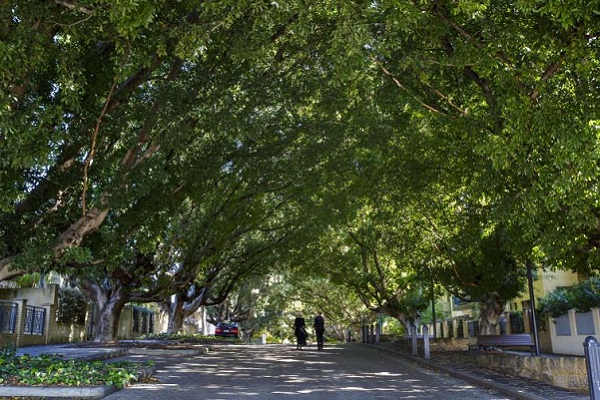 The City received the award in the Shade in Public Places category which focused on key criteria including forward planning, proactive initiatives and consultation within the community.

Commenting on the recognition, City of Perth Chair Commissioner Andrew Hammond stated "it is pleasing to hear that the City of Perth has been positively recognised for its Infill Street Tree Planting Program.

“One of the objectives of the City of Perth’s Urban Forest Plan is the delivery of a targeted program of new tree planting to fill gaps in existing street tree planting within each of the City's neighbourhoods. This award shows just how dedicated the team is in delivering the program.

“It also recognises the contributions of many business units across the City to deliver this program.”

As part of the Infill Street Tree Planting Program, the City of Perth has planted approximately 900 new trees across a number of city neighbourhoods. This includes more than 180 new trees planted in selected West Perth streets since April this year.

These new trees not only enhance and cool surrounding streets, but bring a range of environmental, social and economic benefits to the community.

The Urban Forest Plan is a strategic priority of the City of Perth due to the numerous environmental, social and economic benefits an urban forest can deliver.

Defined as a collection of green spaces, trees and other vegetation growing both public and private land, the City’s urban forest improves city liveability, promotes community wellbeing and can contribute to the creation of a climate resilient city.

The Awards also saw the City of Perth’s 10 years of commitment to the Waterwise Councils Program, recognised with the presentation of a sustainable commemorative park bench.

A decade after joining the inaugural Waterwise Councils Program, the City of Perth was acknowledged for its dedication in helping local governments across Western Australia create sustainable, liveable communities.