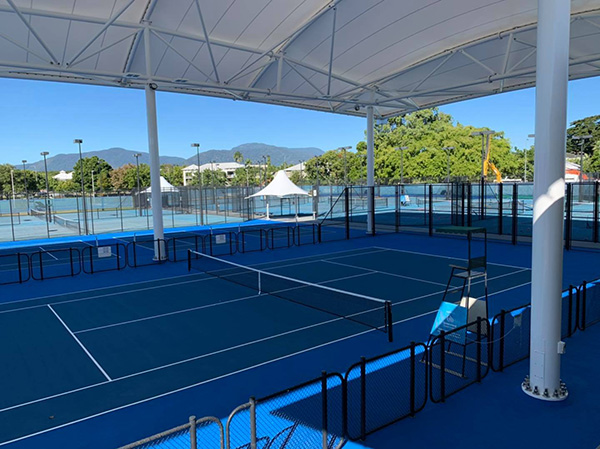 Cairns International Tennis Centre's $2.7 million, 1345 metre2 cover for centre court has been officially opened and completed just in time for the return of community sports to regular competition across Cairns.

The new roof structure was funded through the Federal Government’s Building Our Future Regional Jobs and Investment Package (RJIP) to the value of $997,000 with Cairns Regional Council contributing a further $1.7million to the project. 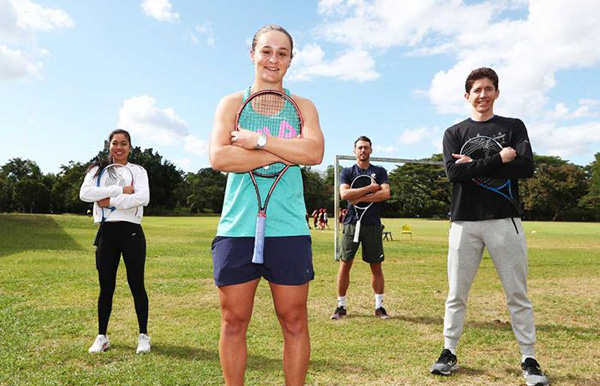 As reported by Tennis Australia, Barty is delighted to spend some time on court in Cairns and yesterday enthused “I’m very excited. I actually haven’t played up here as a professional, so it’s going to be nice to see the brand-new roof over the gorgeous courts.

“I’ve never heard a bad thing about the Pro Tour up here in Cairns and I think it’s a great initiative to be able to bring more people to come to Cairns and almost create that awareness that this is a hell of a tennis centre, a great place to play and professionals want to come here and play.”

Mayor Manning said the new structure would not only protect the surfaces of the courts during the wet season and extreme heat, but also prevent loss of fixtures for athletes throughout the competition season.

“It will provide year-round enjoyment for the region’s many tennis players, even when the Cairns weather is against them.

“More than 10,000 athletes from schools, clubs, and recreational community users access the site for tennis during the year.

“The roof looks great and will further add to Cairns city’s reputation as destination for sporting events and activities.

“We’re pleased to have the support of the Federal Government in providing these important community facilities.”

Federal Leichhardt MP Warren Entsch said addition of the new roof to the tennis centre would build on Cairns’ sporting reputation and added “the new roof at the Cairns International Tennis Centre is a wonderful addition to our sporting infrastructure and will further enhance our growing reputation as a regional sporting powerhouse.

“To have the women’s world number 1 tennis player and 2019 French Open Champion Ash Barty on hand to officially open the new roof is a massive morale boost for our city and our region.”

“Ash is a role model to countless young women across the nation and the world. You never know, Ash’s might just inspire a local youngster to pick up a racket and embark on their own journey to become a champion.”