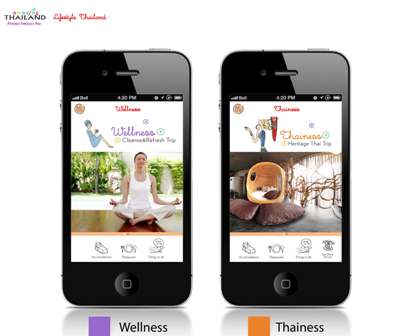 A new report from trade promotion agency Austrade shows how new technologies have the potential to enhance and challenge sectors of the tourism industry, changing the way operators target travellers, disrupting existing service offerings and forcing a re-imagining of the visitor experience and the end-to-end visitor journey.

With the accommodation and aviation sectors having already experienced significant disruption from digital technology, the report suggests that the wave of disruption will impact the shopping, tours and food and beverage sectors, through growth in the sharing economy, emerging payments platforms, and augmented reality (AR) and virtual reality (VR).

It also suggests that the entertainment and transport sectors will likely continue to evolve as next wave technologies emerge, highlighting that tours could take on a theatrical aspect, using a combination of storytelling, historical and future imagery using AR.

Given the nature of disruptive technologies and the challenges of predicting how they will affect existing businesses, traditional operators may need to adapt in order to be competitive.

The five technologies discussed in this report are not sector specific. All five are currently available to tourists, and their impact on the tourism sector (both immediate and potential) is emerging as take-up increases.

Sharing Economy
Sharing economy platforms include online such as Airbnb, Uber and Deliveroo. These platforms have had considerable success in providing new accommodation, transport and food service offerings to travellers, but in the process have caused major disruptions to traditional operators.

New Payment Platforms
App based payment systems and Tap’n’Go technology are offering rapid, secure transactions that move payment to the background, rather than interfering with customer experiences.

Visitor Tracking
Using devices or apps to track movements can offer visitors real time information on travel and waiting times and provide personal reviews on nearby offerings. Operators can use the data to adapt their offerings to better meet visitor expectations.

Augmented Reality and Virtual Reality
Pokémon Go, a mobile-based game, is a recent example of augmented reality. Although not developed specifically for tourism, it took a tourism slant by directing players to local landmarks in order to ‘catch’ Pokémon. Virtual reality has been used in tourism through Tourism Australia’s app, Australia in 360° which allows users to experience our country in immersive videos. The accommodation sector offers virtual tours of hotels and hotel rooms.

Social Media
Social media is now a mainstream platform for sharing information and enabling targeted marketing. Globally, more than three billion people - almost half of the world’s population - are active consumers of social media with around one million new users being added each day.

The peak impact of social media on the tourism industry will be reached within the next five years. This is expected to have modest positive impacts on tourism industry revenue and substantially benefit the decision making of domestic travellers.

Current Use
Platforms such as Facebook, Twitter, Instagram and Snapchat are now integral to the travel experience, allowing users to share their travel experiences and photos (including food, landmarks and attractions) with family, friends and followers in real time:

• The majority (72%) of people post holiday photos on social media while travelling.
• Social media influenced 36% of domestic travellers, most often on where they chose to go (19%) or where they stayed (12%).
• Social media usage increased during travel relative to their normal day-to-day usage, especially when travelling for a holiday.

While 85% of Australians continue to engage with social media, daily usage has dropped to 55% and is now close to 2014 levels. This means it could lose its effectiveness as a marketing channel.