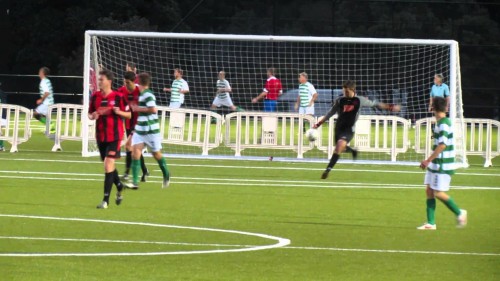 Auckland Council has launched a new plan for sport in the city, targeting spending on artificial surfaces, turf drainage and floodlighting to continue addressing problems of sportsfield availability in the city.

Revealed at the recent launch of the strategic plan for the new Auckland Sport agency, Auckland Mayor Len Brown was unable to advise how the plan would be funded - with Auckland Council looking to make $2.8 billion in cuts and all projects and services up for financial review.

He explained "we are developing a budget and it will take 11 months. We haven't set the budget yet, so that's the first thing.

"We're going through a process and will look were we kind find efficiencies and savings to make sure we deliver to ratepayers.

"Sport will just sit in amongst all other areas. No area has any more, or any less, focus in terms of getting the very best bang for buck."

Mayor Brown said more detail would be known on 29th August when a draft budget will be presented to councillors.

Mayor Brown added "in terms of sport there is no doubt that we have spent disproportionate on facility upgrades - because we had to. We'd got a lot of sport fields that were being shut down in winter by being rained out, so we added an extra $17 million per annum to a $20 million budget, basically doubled it, to get the job done.

"We haven't made any decisions yet. We're in the early stages of analysis.”