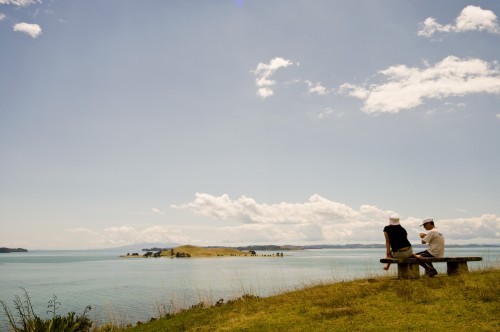 Auckland Council is taking back the administration and management of Motukorea Browns Island from the Department of Conservation (DOC) after an agreement with the New Zealand Government.

Auckland Council Environment and Community Committee Chair Councillor Penny Hulse says the move is important for Auckland, explaining “the 60 hectare island is one of the least modified and best preserved volcanic cones in the Auckland area and the nearest island in the Hauraki Gulf to the Auckland isthmus.

“DOC has managed the island for the past 26 years and I want to acknowledge the great work DOC staff have done to protect the island.

“The new agreement means the council can restore its administering body powers allowing Auckland to determine the future vision and management direction of the island.”

Ngati Tamaterā sold the island to Sir John Logan Campbell and business partner William Brown in 1840, and it effectively stayed in private hands until 1955 when it was gifted to Auckland City by business leader Sir Ernest Davis.

Auckland City transferred administration and management of Motukorea Browns Island to the Hauraki Gulf Maritime Park Board when the government created the board in 1968. Management passed to DOC in 1990, when the board was abolished.

DOC Auckland Operations Director Andrew Baucke advised “Motukorea Browns Island holds a special place in the hearts of Aucklanders. It’s close to the central city and is easily accessible by boat and kayak.

It is intended that the island remain in the Hauraki Gulf Marine Park and that there will be integrated management with other reserves and islands within the inner Hauraki Gulf to protect and enhance the values associated with the island.

The island made headlines in November 2016 when a person stranded there set an apparent signal fire that burned out of control and went on to engulf 13 hectares - roughly a quarter of the island.

Waitematā and Gulf Ward Councillor Mike Lee believes the island is best run by the Council, but suggests one step further is taken, stating “Motukorea Browns Island should be our next regional park.”

Councillor Chris Fletcher, a long-time advocate for the Hauraki Gulf, added “Motukorea is important to New Zealand’s history and environment. Our challenge now is to protect this beautiful island for future generations in partnership with mana whenua, the public and our partners.”