Mayor Len Brown and Auckland Central MP Nikki Kaye announced the sanctuary coming into public ownership at the end of last week, thanks to the support of a group of funding partners, including Auckland Council, Great Barrier Local Board, the Government’s Nature Heritage Fund and Foundation North.

The 83-hectare property, which forms an important part of the wider Kotuku Peninsula, has been developed and ecologically restored by the Bouzaid family since 1992. With the support of many community groups and funding agencies, Auckland Council will now manage it as a regional park.

Auckland Council and the Great Barrier Local Board have contributed a combined $1.25 million. The Minister of Conservation, through the Crown’s advisory Nature Heritage Fund, will make a $975,000 contribution, and Foundation North will put in $675,000.

Mayor Brown acknowledged the dedication and vision that went into the creation of Glenfern Sanctuary, and its importance for all Aucklanders, stating “Tony Bouzaid had a very passionate commitment to conservation – we are delighted that his legacy will be protected forever, for the people of Auckland and New Zealand.

“We will care for Glenfern and continue to contribute to the conservation of the Kotuku Peninsula with pride.” 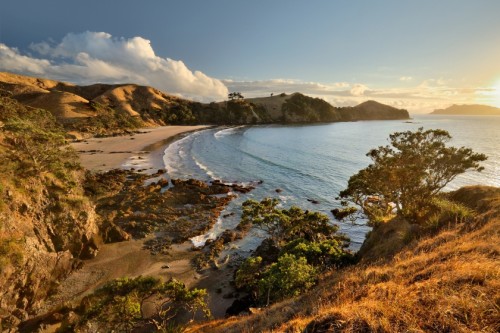 Family representative Tanya Parsons reflected on her father’s vision and change in ownership for Glenfern, stating “the Bouzaid family is very happy that the property will remain as an enduring legacy to Tony's vision and commitment to this wonderful island.”

Councillor Christine Fletcher, Chair of the council’s Parks, Recreation and Sport Committee, says Glenfern will be a welcome addition to the regional parks network.

Fletcher commented “Aucklanders love their parks, and Glenfern is a beautiful place to visit and learn about our region’s treasured flora and fauna.

“As well as Tony’s legacy, the sanctuary already has a strong group of volunteers and supporters. We look forward to getting to know you and working alongside you into the future.

“We also recognise those that have championed this property coming into public ownership, including the Great Barrier Local Board, the Department of Conservation and the Kotuku Peninsula Charitable Trust. Today would not have been possible without your enthusiasm and support.” 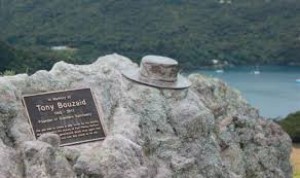 Fordham concluded “Fitzroy Harbour is a stunning destination and securing Glenfern Sanctuary as a drawcard for visitors to this area is important.

“The conservation of Great Barrier Island is enhanced by the story of Glenfern and the Kotuku Peninsula, setting a strong example and raising awareness of ecological protection across the wider Hauraki Gulf.”

Images: Great Barrier Island (top and middle) and a memorial to Tony Bouzaid in the Sanctuary (below)