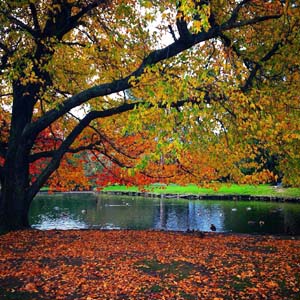 Highlighting that the holidays are timely reminder of the value of council recreation investment, New Zealand Recreation Association (NZRA) Chief Executive Andrew Leslie explains “increased participation is positive for council recreation managers and facility operators but it can also pose a challenge to councils that have under-invested or under-prepared.”

Leslie said many councils had made tough investment decisions in recent years as they struggled to avoid unpopular rate rises, and this had put pressure on their ability to retain and improve recreational facilities and green spaces for their communities.

However, there was a growing body of evidence highlighting the benefits of recreational opportunities and the need for councils to give higher priority to investment in recreation.

The health benefits of recreation, in particular, were often under-valued, despite their potential to benefit both the individual and the economy in the long run..

This was an area that is gaining traction with central Government, which had recently combined its Sport and Recreation and Health portfolios. The new Minister, Jonathan Coleman, has been outspoken about the value of strengthening the links between exercise and health.

“Rather than reducing investment in recreation in times of financial constraint, it makes sense for councils to focus on ensuring they have a sound strategic plan. By making well informed decisions, recreation demand can be met cost effectively.”

A prime example of the value people place in accessible recreation facilities can be found in the recent Wellbeing Survey of Christchurch residents, released by the Christchurch Earthquake Recovery Authority (CERA) earlier this month.

Leslie added “the Wellbeing Survey demonstrates the value people place in having accessible recreational facilities in their communities.

“The good news for Christchurch residents is that CERA and local councils seem to be taking notice and a good number of the proposed rebuild projects focus on improving access to recreational facilities.”

Examples of large scale recreation projects proposed in Christchurch include the Nga Puna Wai sports hub proposed for the southwest of the city and the $250 million Metro Sports Facility, planned for a site near Hagley Park.

Leslie concluded “post-earthquake Christchurch provides a unique opportunity to create one of the most recreation-friendly and liveable cities in the world. Other New Zealand towns and cities can learn from the innovation and planning that’s taking place.”