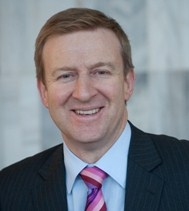 New Zealand Prime Minister John Key has once again combined the Health portfolio with Sport and Recreation in his new Ministry out of a reported desire to put an emphasis on obesity prevention.

The appointment of former GP Dr Jonathan Coleman to both portfolios in Prime Minister Key's new Cabinet has also been welcomed by industry groups.

On its Facebook page, the New Zealand Recreation Association (NZRA) stated "this seems like a good combination of portfolios to us, and one that recognises the interplay between participation in recreation and healthy communities."

The New Zealand Medical Association also issued a press release, in which the Chair of the its General Practitioner Council Dr Kate Baddock stated "we believe Dr Coleman’s medical experience will be useful as he takes on this important role.

“(In addition) his previous experience as an Associate Minister of Health means he will have a good idea of the issues facing the sector.

“Before the election, the NZMA set out some of the key areas it would like to see the next Government take action on. We look forward to working with the new Minister on progressing these.

“Dr Coleman’s role as Minister of sport and recreation also sits well with the Health portfolio and could lead to useful synergies.”

In an interview with NZ Newswire, Dr Coleman, who served Defence Minister in the previous Cabinet, said he was thrilled to get the job.

The new Minister also suggested that he doesn't foresee any big changes to the health service under his watch, stating he will be following on where his predecessor Tony Ryall left off.

Dr Coleman explained "I will be following Tony's approach, it wouldn't be common sense to make any big changes.

"The health targets have worked really well, and the DHB (District Health Board) structure, so changing it isn't something we would be looking at."

Foreign Minister Murray McCully, who held the Sport and Recreation portfolio in the previous Cabinet, will retain responsibility for high performance sport.