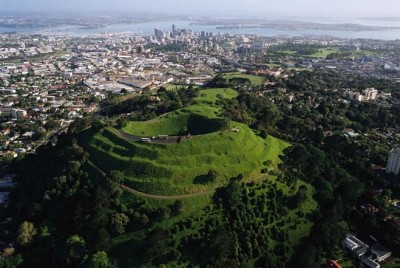 The impact of intensive housing, technology and population change on New Zealand’s parkland will be discussed at the national ‘Green Pavlova’ conference beginning in Auckland as of Wednesday 17th June.

The three-day New Zealand Recreation Association (NZRA) conference, hosted at the Aotea Centre, is the premier event for park managers, consultants, community planners and other decision makers in the parks and open spaces sector.

Leslie explained “this conference is timely given the increasing strain councils are under to balance fiscal constraints and housing requirements with the key benefits provided by parks and open spaces.

“These spaces are not just ‘nice to have’. They should be considered a core service due to the benefits they provide in health, improving quality of life, and making our cities and towns more desirable places to live.”

According to a recent report released by NZRA benchmarking project Yardstick, New Zealand councils are investing less in parks and open spaces than they have in the past.

Leslie said the drop in spending was a concern if it meant there would be a corresponding decline in the level of service, stating "internationally, recognition of the social, health and economic benefits parks and open spaces provide is rapidly growing. If councils wish to deliver these benefits to their communities, they must prioritise them in their financial planning.”

Leslie added "the statistics show that there is demand for parks for recreation. Councils need to ask themselves if they are investing sufficiently to ensure the recreation demand of their communities is being met."

Green Pavlova is expected to attract a crowd of more than 160 professionals involved in delivering parks and recreation spaces.

Topics being discussed include balancing scientific, recreational and economic concerns, volunteer management, health and safety, conservation, education, techniques to combat lifestyle diseases, and the importance of parks and gardens in urban design.

High profile speakers at the conference include champion of city liveability Ian Shears, whose contributions in the realm of urban landscapes and green infrastructure have enabled Melbourne to win the title of World’s Most Liveable City for three years running.

Auckland Council’s Manager Local and Sports Parks Mark Bowater will relate how the Supercity’s recent growth and amalgamation of councils has enabled the city to tackle sports field capacity issues, and Chair of the Tamaki, Hauraki, and Marutuahu iwi collectives Paul Majurey will speak about the co-governance and co-management of Tamaki Makaurau and the city’s volcanic cones.

Sir Gordon Tietjens of New Zealand Rugby Sevens fame will speak on leadership, while Distinguished Professor Paul Spoonley will also feature, providing research on how population changes will affect our parks and open spaces in the ‘new’ New Zealand.

The conference will also feature the annual Young Amenity Horticulturist of the Year Competition.

Click here for further information on the 2015 Green Pavlova conference.