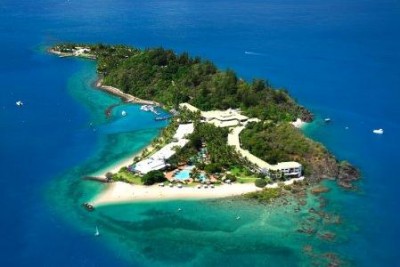 With the low dollar and strong growth in the Chinese inbound market, the sale price is less than half of the Island's original $65 million asking price.

Sale of the resort, which features a 4.5-star 296-room­resort built by Nature’s Own founder Vaughan Bullivant, follows the sale of Lindeman Island to Chinese buyers, Whitehorse in 2012.

The annual turnover of the resort is estimated at $27 million.

Bullivant paid $25 million for Daydream in 2000 and spent nearly $50 million on ugrading the resort. The resort was established by Sea World founder Keith Williams.

Chinese interests have bought two Auckland islands linked to the mainland in a $41.5 million deal.