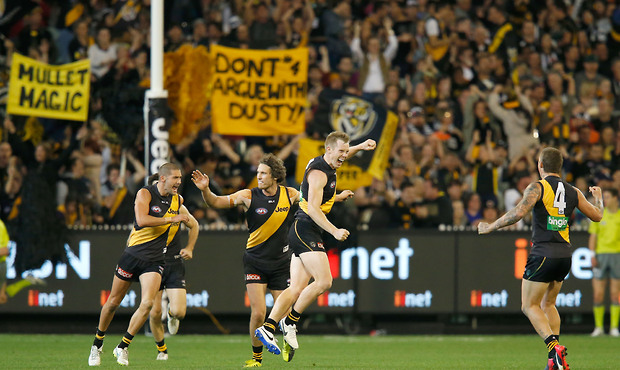 The AFL has announced that club membership has exceeded one million for the first time, with 13 teams breaking their all-time records this season.

Hawthorn and high-flying West Coast rounded out the top three, with both clubs exceeding 80,000 members for the first time.

Only Collingwood (-372) and the Western Bulldogs (-4407) failed to grow their membership bases. 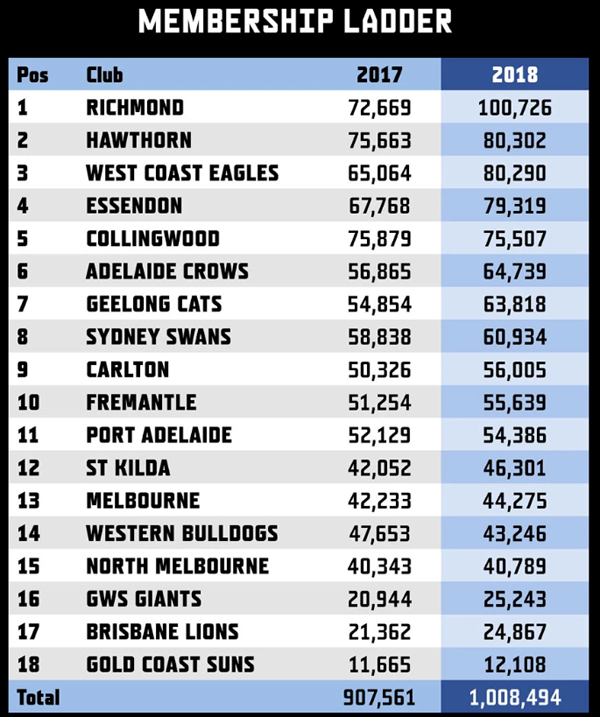 Welcoming the numbers, AFL Chief Executive Gillon McLachlan stated "one in every 24 Australians is now a member of an AFL club, a sign that the national reach of Australian football has never been greater.

"Whether you have been a member for decades or just signed up this year, on behalf of the AFL I want to thank every single one of you.

"The commitment members make to their clubs is the key reason why our game continues to prosper.

"Our clubs give us a connection. Our games fill us with hope, despair and joy, and today it makes us proud."

AFLW memberships also climbed in the competition's second season, up more than 30% to 9,406.