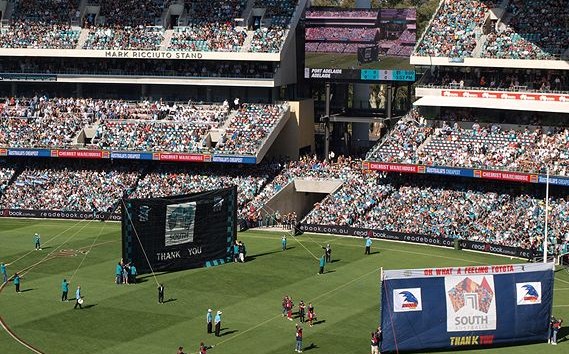 The AFL has announced that memberships of AFL clubs in 2015 has 836,136 members nationally.

Newly released figures show that 12 of the competition’s 18 clubs have this year posted their highest tally in history, representing an overall increase for the game of 31,656 (3.93%) on last year’s total of 804,480.

Sydney Swans have led the clubs in membership number growth with a 21.7%, Western Bulldogs were second with an 11.68% increase to 35,222 members while Port Adelaide continued their growth after their move to Adelaide Oval with membership growing 14,219 members (36%) in two seasons.

Collingwood continues to be the largest-supported club in the competition with a total membership of 75,037, heading a list of eight clubs exceeding 50,000 members now.

AFL Chief Executive Gillon McLachlan said it was "a wonderful tribute to our AFL clubs and the wider game" that one in every 28 Australians was a member of an AFL club.

McLachlan told AFL.com.au, "every year, AFL fans commit to their club to show the passion and loyalty for their favourite players and the AFL thanks those supporters who are the game's driving force.

"With more fans signed up to their club than ever before, I want to urge members to continue to make the most of their membership and support their club by attending as many games as possible over the course of a season."

Click here to view the AFL's membership breakdown for each club and the comparison figures for 2014.

Image: Port Adelaide take on the Adelaide Crows at the redeveloped Adelaide Oval.