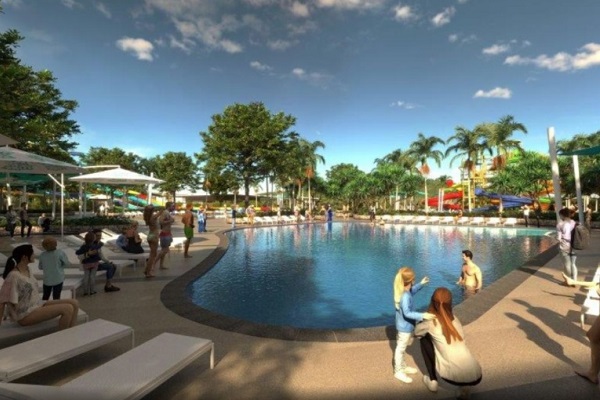 Plans for the development of the Actventure waterpark and resort on the Sunshine Coast have reportedly been revived with new artist's impressions of the first stage of the attraction released.

Set to feature a waterpark, active recreation features, sports facilities, accommodation units and retail and food and beverage outlies, the latest reported suggest that development will include an Endlesss Surf ES4800 artificial surfing wave pool as the centrepiece of its second stage, which also included a water park and unit-style resorts.

Sanad Capital said the project will first deliver the Actventure Waterpark that will boast 20+ integrated waterslides, a swim-up bar and food kiosks and cabanas for hire. Next is the Invigorate Resort which will have 160 units as part of a 4-star resort targeted primarily to families. 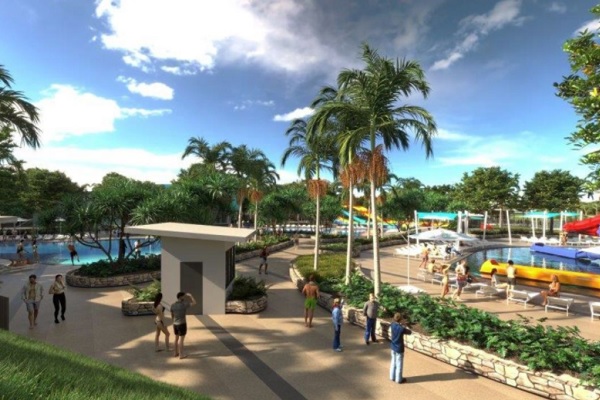 Coinciding with the lodgement of plans, United Arab Emirates-backed Sanad Capital released new renders of the vision for the first stage.

The Sunshine Coast Daily went on to report that stage one of the project is set to begin shortly, with anad Capital Managing Director, Bradley Sutherland indicating he hoped to have this part of the project, featuring a 160-villa family resort, waterpark and retail space open by Christmas 2023 and the second stage, complete with the Endless Surf wave pool by WhiteWater opened in early-2024.

Speaking to Australasian Leisure Management about surfing wave projects such as Actventure, Paul Chutter, President of WhiteWater, stated “particularly in Australia, where surfing is a way of life for so many, we’re confident in the potential for inland surf parks, especially the ones offering innovative technology that will enhance a surfer’s session by giving them a unique experience that is similar but different enough from the ocean.”

In May last year, Brisbane newspaper The Courier-Mail reported that the future of the Actventure development was "expected to be finalised in coming weeks".

Images: The latest artist renderings of the Actventure waterpark and resort.