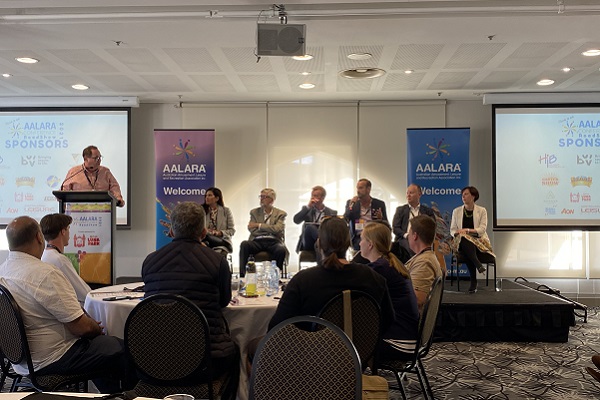 The first in a series of three industry Roadshow events presented by the Australian Amusement, Leisure and Recreation Association (AALARA) has seen presentations and discussions on a range of matters impacting the attractions sector including standards harmonisation, industry performance, claims management and, an issue that emerged repeatedly during the day, the insurance crisis and moves to address it.

Yesterday’s first event at Luna Park Sydney included presentations and information sharing on how such uncertainty his impacted the attractions sector through the Coronavirus crisis and subsequent easing.

As identified in a presentation by NSW Minister for Jobs, Investment, Tourism and Western Sydney, Stuart Ayres, there are considerable positives in the sector, with the Dine and Discover program largely welcomed by NSW operators, a successful 2021 Sydney Royal Easter Show and events and tourism thriving in regional NSW.

However, discussions during the day revealed a virtual ‘two speed’ industry, with some sectors flourishing while others face potentially business-ending challenges. 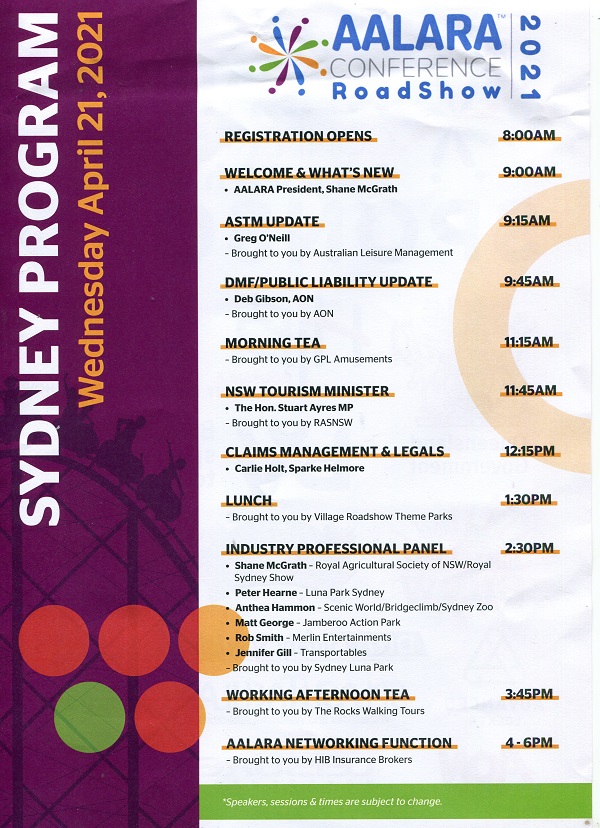 Pointing out that Australia doesn’t have the scale or expertise to management such a standard, O’Neill advised “we are not in that league so need to rely on international expertise.”

Highlighting that Australia is the only country in the world to “cage a Ferris Wheel and crash test a go kart”, he compared that level of regulation with how ski lifts work at Australian winter resorts.

The Roadshow also included a panel of industry leaders sharing their experiences on post lockdown operations.

Insurance and AALARA’s move to establish a discretionary mutual fund
With PEN Underwriting (owned by Arthur J Gallagher Insurance brokers) reportedly having ceased offering or renewing insurance for the industry in the last week, the crisis in insurance was frequently referenced during the Roadshow.

Updating delegates on AALARA’s moves to establish a discretionary mutual fund (DMF) for members and the industry, Deb Gibson, Client Director at insurers Aon, explained how they are used as a “response to a shared challenge” and have been widely adopted in local government, the motor trade and the education sector.

With AALARA having made its case on the need for Federal Government support to start the DMF in Canberra recently, the Association is currently seeking member support for the initiative.

With further updates to follow in the coming weeks, AALARA is emphasising that it needs members to complete the surveys on the DMF as they are distributed. 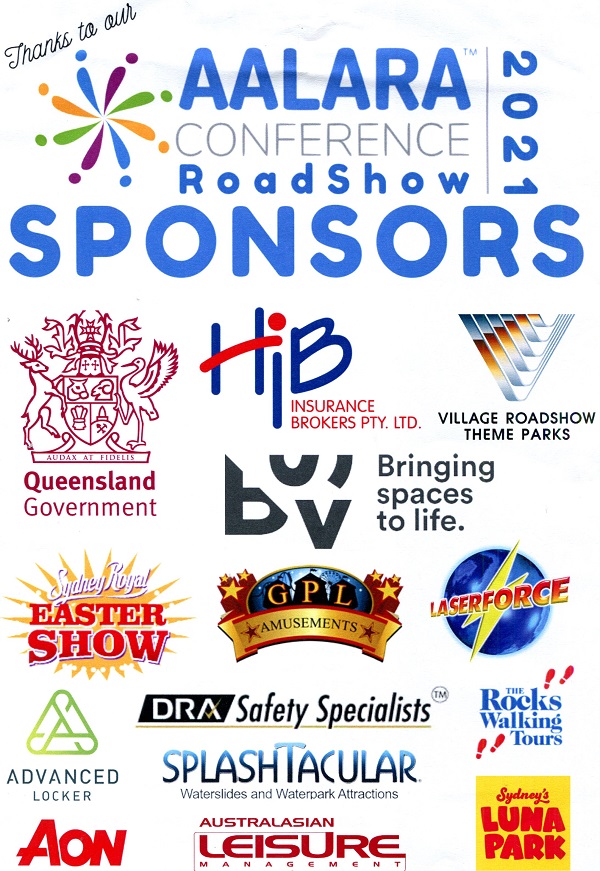 Australasian Leisure Management was among supporters of the event.

The next AALARA Roadshow events are being held at Luna Park Melbourne on Wednesday 5th May 2021 and at the Sea World Resort Conference Centre on the Gold Coast on Wednesday 12th May.

Click here for information on AALARA's Melbourne and Gold Coast Roadshows and other attractions sector events in the Australasian Leisure Management industry Calendar.