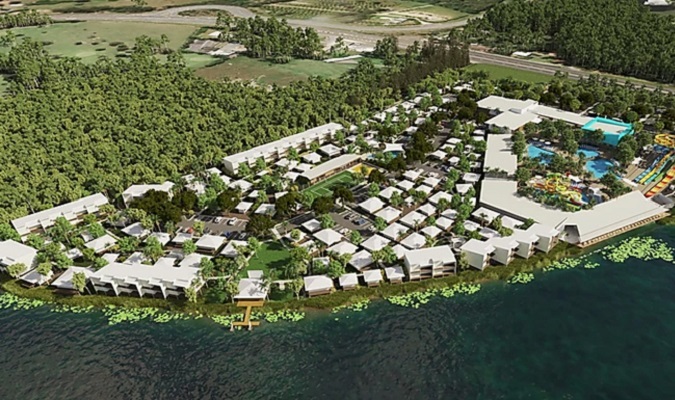 The planned Actventure waterpark and resort on the Sunshine Coast, is reportedly ready to move forward with Brisbane newspaper The Courier-Mail reporting that the future of the development is "expected to be finalised in coming weeks".

With developer Sanad Capital having revealed little on the progress of the $65 million development over the past two and a half years - the exceptions being designs for parts of the resort's accommodation - The Courier-Mail has suggested that the project "has been greenlit" as part of moves to stimulate Queensland's economy in the wake of the Coronavirus crisis.

The Brisbane newspaper reported "the pandemic has secured the future of the Sunshine Coast’s first major themed tourist attraction in more than three decades."

The report quotes Sanad Capital Managing Director, Bradley Sutherland stating “the ongoing impacts of COVID-19 on domestic and international travel means we’re seeing a resurgence of support for local tourism, and the rising need to complement existing holiday offerings with exhilarating and refreshing experiences to fulfil the needs of Australian travellers and allow them to escape the ordinary.”

The first stage of the development is understood to be a 160 villa resort complex, Invigorate, and a number of waterpark features. Actventure’s main waterpark and adventure sport attraction for the remainder of the 14 hectare Glenview site will follow in later stages. 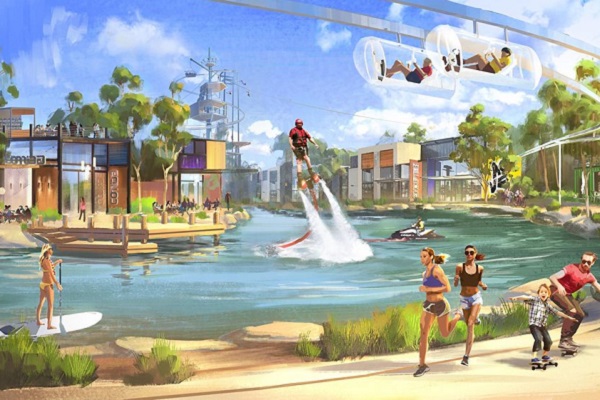 The Courier-Mail quoted Sutherland as saying he will work through development conditions with the Sunshine Coast Council in the coming weeks.

Advising that the impact of the Coronavirus pandemic had made the attraction even more relevant and the time was right to advance it, Sutherland added “the market demands this.”

First announced in 2014, the long-awaited project is for an integrated ‘multi-generational’ resort including a waterpark, major events space and an outdoor adventure park.

The plan has also been impacted by legal action by waterpark consultant Arthur Downing over his claims to have identified the site and obtained the necessary Material Change of Use required to utilise the land while further litigation involved issues over payments for shares.

Ruprai told The Courier-Mail that in December 2019, the applicant lodged a development application for the resort complex and a revision to the tourist attraction which is now under assessment by Council officers.

Once operational, Actventure will be the Sunshine Coast’s first new major themed attraction in 31 years, with the history of Aussie World and Sea Life Mooloolaba dating back to 1989, the Big Kart Track to 1983 and the region’s biggest and most awarded gem, Australia Zoo, to 1970, when it was known as the Beerwah Reptile and Fauna Park.

In September last year, the World Surf League revealed Coolum on the Sunshine Coast as the potential location for the first Kelly Slater Surfing Ranch outside of the USA.