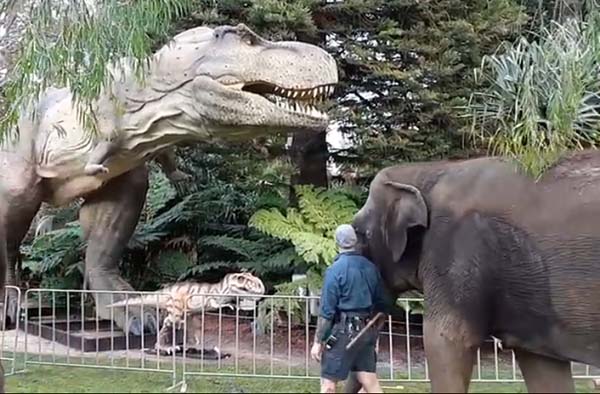 Perth Zoo ended the last financial year with its highest visitation on record, welcoming 717,623 people through the gates. The popular return of Zoorassic Park, featuring life-sized animatronic dinosaurs and megafauna, drew large crowds to Perth Zoo in the spring and summer months. The temporary exhibition was used to highlight the importance of saving current wildlife from extinction.

The current attendance record is significantly higher than the previous record in the 2015-16 financial year, with 695,091 visitors.

There have been other several highlights for the zoo in the last 12 months, including its 120th birthday on 17th October, 2018; and the arrival of two new lionesses and the opening of their new exhibit.

Almost one-third of the animals at Perth Zoo are involved in breeding programs to bolster wild populations. Visitors to Perth Zoo help support the care of the animals, through entry ticket sales and Zoo Friends memberships.

Environment Minister Stephen Dawson notes “the zoo is committed to saving wildlife and providing the highest level of care for their animals. The record-breaking visitation helps support some of this valuable work.