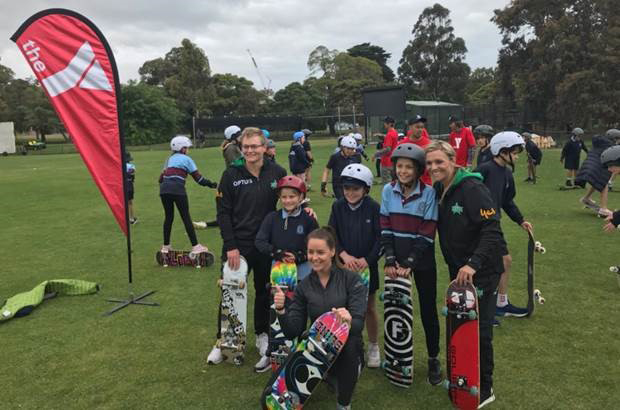 YMCA Victoria and Melbourne Stars have partnered for the second year, with the aim of continuing to make physical activity more accessible to all Victorians.

Wade Mackrell, YMCA Victoria General Manager Recreation advised “We are expecting year two of our community partnership to be bigger and better.

“Melbourne Stars are amazing to work with, and like us are committed to achieving community wellbeing through physical activity.”

Cricket lovers and families will see the Y making an impact at the Melbourne Stars Big Bash Men’s and Big Bash Women’s events held over summer, with more opportunities for children to be involved through skateboarding and gymnastic activations.

Last year the partnership was focused on the City of Casey and the new Indoor Cricket Facilities at the YMCA-managed Casey Stadium. With the Melbourne Stars being an ideal partner organisation to help grow the sport of cricket in the region.

“This season will see the introduction of bespoke membership offerings for YMCA members and staff, providing greater access to Big Bash action than ever before.”

A school engagement day on 13th November has already been a success at the Women’s Big Bash League home game. The next partnership activations will be on 22nd December, 4th January and 25th January games which include: gymnastic performances, Action Sports skateboarding display, Evolt body composition scans and accessible physical challenges with opportunities to win free gym passes and more.