World’s largest surfing lagoon to be built in South Korea 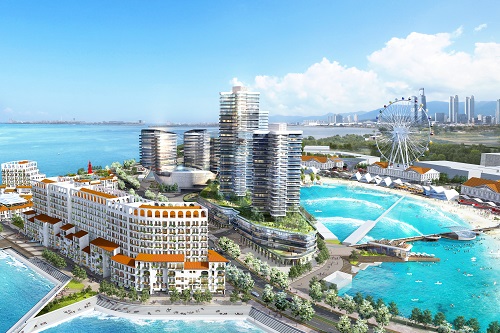 Development has begun on what will be the world’s largest man-made surf park at Turtle Island, Siheung in South Korea’s Gyeonggi province.

Scheduled to open in 2020, the announcement of this project was made official following the signing of a contract in November 2018 between Spanish-based Wavegarden and Daewon Plus Construction, one of South Korea's largest real estate and theme park developers.

The formalisation of this partnership comes after a year of intensive design and planning work between the two parties that led to Daewon Plus Construction being selected by the city as the preferred developer of the project in a highly competitive tender process.

Located just an hour away from Seoul, and constructed on land reclaimed from the ocean, Turtle Island is a new international waterfront destination, which will have different water and landside leisure facilities including hotels, convention centers and marinas. 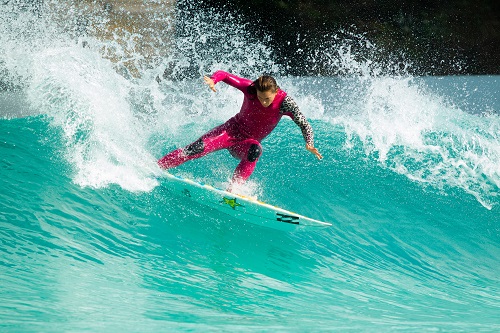 The centrepiece of the US$2.3 billion mixed-use development will be the Wavegarden Cove surfing lagoon. The Cove, with its enticing turquoise waters, is capable of producing up to 1000 ocean-like waves per hour, which unfurl across a range of different surfing areas.

Each area offers waves of different size and power specifically designed to provide ideal conditions for everyone, from professional surfers to newcomers picking up a surfboard for the first time. Apart from riding waves, Turtle Island offers various other aquatic activities like kayaking, SUP and swimming in zones with and without waves.

Wavegarden Chief Commercial Officer, Fernando Odriozola stated “we are delighted to be working with Daewon and to bring the incredible sport of surfing and beach lifestyle to South Korea. With consistent waves of different sizes and shapes, Turtle Island is going to be the new beach of Seoul and the place to surf for families, professional surfers, and everyone in between." 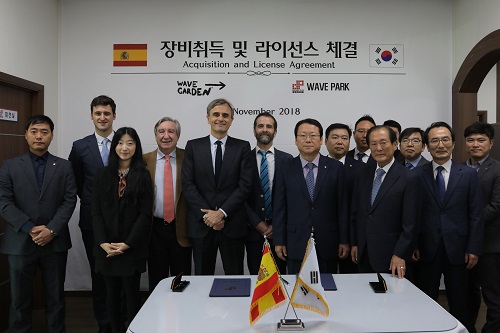 With a beach spanning almost 1 kilometres, and the capability of hosting thousands of visitors, Turtle Island is aiming to become Korea’s premier surfing and water activity destination and a ‘must-visit’ for the large resident market and the 10.8 million international tourists that visit the region annually.

The developers acknowledge that the project poses some highly complex challenges but are confident that they can deliver on the specialised technological solutions required in wave generation, water treatment and civil works. With years of research and development at their development centre in Northern Spain, and having constructed many full-scale facilities, the team at Wavegarden has perfected all the essentials to design and implement a venture of this scale.

The state-of-the-art machinery can produce millions of waves per year and is designed to recover part of the energy used in the wave generation process to attain the lowest possible energy consumption. The innovative water treatment system, developed specifically for wave lagoons, will keep the water transparent and clean throughout the year. It's intelligent design uses the energy of the waves to acquire the highest level of energy efficiency available nowadays for large recreational water bodies.

The news on the South Korean development comes at a time when two Wavegarden facilities are currently in construction - in Melbourne and in Bristol, England, with another 28 contracts signed and in various stages of development around the world.

Images: The planned Turtle Island development (top), the Wavegarden concept being tested (middle) and the contract being signed in the presence of the Governor of the Province, Siheung’s City Mayor and the Secretary General of the Spanish Chamber of Commerce in Korea (below).