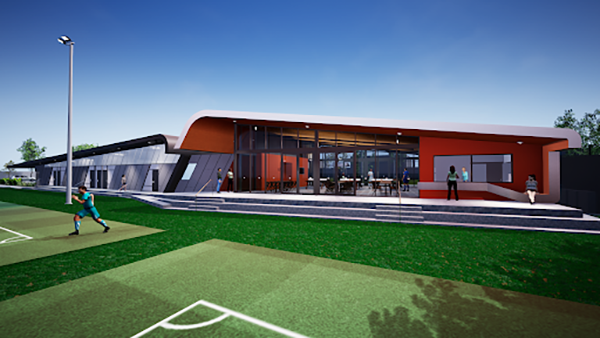 Construction has commenced on a new multi-sport pavilion at Caloola Reserve in the south east Melbourne suburb of Oakleigh.

The new pavilion is Stage Two of the major works at the reserve and will become the home of Oakleigh Tennis Club and East Oakleigh Cricket Club and also shared by the Monash City Soccer Club.

The Victorian Government is contributing $800,000 to the $3.6 million project through its Community Sport Infrastructure Program

City of Monash Mayor Stuart James advised “this is an exciting and long-awaited project for the clubs and people who use and enjoy Caloola Reserve.

“It’s especially pleasing for us to be able to provide upgraded change room facilities for players following the construction of eight new synthetic tennis courts. With the Oakleigh Recreation Centre redevelopment to open later this year, these works will complete the transformation of the precinct into a major sporting hub for Monash.

“Investing in ways to encourage being active and opportunities for social participation is vital to keep our community in Monash strong and healthy.”

Stage one of the major redevelopment was the construction of eight new synthetic grass courts that were officialy opened in January 2019.

Construction is expected to finish later this year.