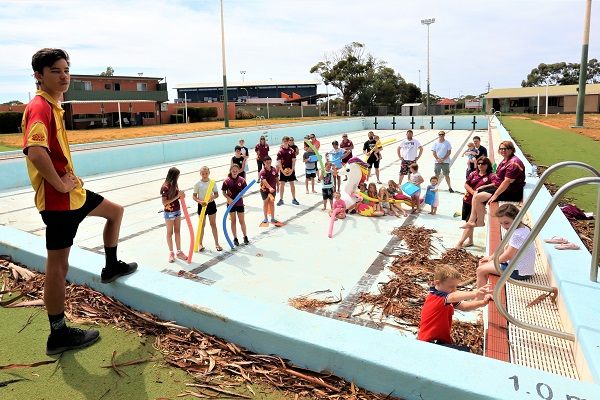 The Western Australian Government has announced that it is to back improvements that will enable the reopening of the Kambalda West Aquatic Centre.

Closed since March 2018 due to its ageing infrastructure, the Western Australian Government is to provide $700,000 on top of a $1.75 million loan to help ensure the $3.4 million refurbishment project can go ahead.

The funding will assist the Shire of Coolgardie to undertake upgrades to the facility - the only outdoor 50 metre pool in the Coolgardie-Kambalda area.

With the Shire having inherited the facility in the early 2000s when Western Mining withdrew its operations in the town, it was forced to close at the end of the 2018 summer season due to a series of issues highlighted in an engineer's report.

In a statement, the Shire explained "due to the age of the facility it now falls short on a number of operational and compliance requirements and needs significant repairs.

"Any works that commence in the future for the pool must then meet health, building and safety standards at the time they are completed."

As explained by Western Australian Sport and Recreation Minister Mick Murray "I'm sure this is welcome news for people in the Kambalda area who are keen to once again be able to have a dip in the hot summer months, following its closure last summer.

"Swimming pools and aquatic centres are important facilities for regional communities, and the (Western Australian) Government is pleased to have been able to step in to ensure the project goes ahead in full.

"As well as the obvious sporting and recreational benefits, Kambalda Aquatic Facility provides a local meeting place for people and families to help maintain a more vibrant, connected community."

Shire of Coolgardie President Mal Cullen added "it is with some great deal of relief that the State has seen fit to support this project.

"The Council and staff were overwhelmed with the announcement and so grateful that this project will now become a reality.

"I would like to thank everyone involved in playing their part in advocating for the project, especially our community.

"The funding will enable the project to be completed without having to dry out the Shire's own reserve funds which will allow projects that we have in progress to be realised."

The project includes the following upgrades:

Since the closure of the Kambalda Aquatic Facility those who want to swim have had to travel more than 70 kilometres to the nearest swimming pools in Kalgoorlie or Coolgardie.

Locals had also begin a petition to bring back the pool to the people of Kambalda.

Image courtesy of the re-opening of the Kambalda Aquatic Facility petition group.