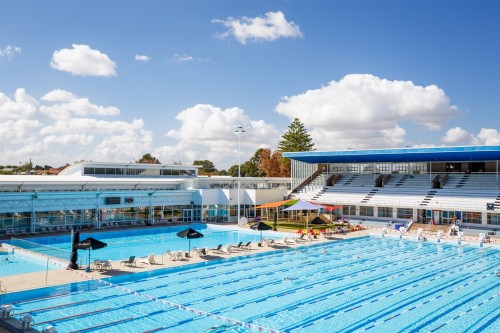 However, while visitation grew by 280,000 compared to the previous year, it failed to match the proportional growth in Western Australia's population. In addition, less than half of centres (46%) offered specialised program targeting at risk groups including people with disabilities, Indigenous Australians and culturally and linguistically diverse (CALD) groups.

Revealed in the just published Bigger, Better, Safer: 2014/15 Western Australian Aquatics Industry Report, the aquatics industry in the west appears to be in a strong position recording annual expenditure of $72 million at aquatic centres in the state, 9% higher than the five year average of $65.4 million.

The survey has been conducted six times since 2007 and nearly all of Western Australia’s 127 public swimming pools have participated at least once in this time.

This year’s response rate of 61% was the highest to date, with the response rate much higher among metropolitan pools (81%) than country pools.

The report highlights the important contribution of aquatic centres toward creating a water safe community, with 95% of all centres surveyed delivering swimming and water safety lessons.

The most common types of swimming and water safety lessons at aquatic centres are coordinated by the Department of Education with 82% and 81% of centres running Interm and VacSwim lessons respectively.

Nearly 70% of centres have their own swim school and just over half delivered infant swimming and water safety classes in 2014/15.

The 46% of centres reported offering at least one specialised program that targets at risk groups including people with disabilities was a marked rise from 2012/13 when only a third of aquatic centres reported providing swimming and water safety classes for one or more of these target groups.

Notably, participating centres also recognised the importance of including seniors in swimming programs, tailoring programs to these individuals as a result. These included gentle exercise and aerobic classes, exercise groups and health programs. 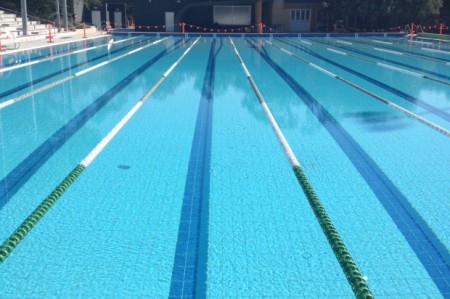 The number of aquatic centres who offer programs for Indigenous Australians was much smaller at only 18% averaging one session per week while the majority of opportunities provided were ‘swimming and water safety’ classes and women’s only swimming groups.

The Report also uses data from Western Australia’s Water Corporation to estimate water consumption for public swimming pools – which comes in at around 1.3 billion litres of water for the year, an increase of 9% from the previous year

While the data provided by Water Corporation are indicative only and may include consumption of other facilities on the site serviced by the same water meter and do not include groundwater (bore) usage, the usage equates to 129 litres of water per patron visit to aquatic centres in 2013/14.

Similar to expenditure, estimated scheme water consumption per patron visit also varies greatly from region to region with all but two of the regional areas (the Albany and Bunbury regions) having water consumption rates greater than the state average, with some as much as four times higher.

Furthermore, even when these two centres with the largest absolute increases in water consumption are removed from the sample, there is still a 7% increase on 2013/14 figures.

This is attributed to factors such as availability at peak times, mobility, career development and pathways.

Among a series of recommendations made in the Report is a suggestion that to maximise the size of the labour force and choices available to employers, a workforce development approach is recommended that takes advantage of VET in high schools, traineeships, volunteers, and employment programs.