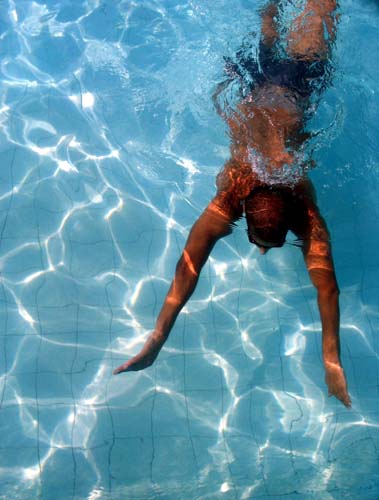 Beatty Park Leisure Centre is to be a major beneficiary of the Western Australian Government's 2010/11 Community Sporting and Recreation Facilities Fund (CSRFF) grants.

WA Sport and Recreation Minister Terry Waldron this week announced that the Town of Vincent would receive $2.5million from the WA Government to redevelop the centre, originally built for the 1962 British Empire and Commonwealth Games.

This round's successful applicants will share in $20 million funding from the WA Government in recognition of the valuable contribution sport and recreation makes to the lives of everyday Western Australians.

The City of Canning also secured a $2.5 million grant for the construction of a new multi-purpose community facility, and the Shire of Roebourne $1 million to upgrade the Roebourne Aquatic Centre.

"That is why the Government has delivered on its election commitment to more than double the CSRFF fund from $9 million to $20 million per year. We are determined to support the development of basic infrastructure to increase community participation in sport and recreation.

"Our strong economic management is enabling us to deliver these funds to ensure grass roots sport and recreation organisations can grow and provide opportunities for people to be active. These works also provide a boost to local tradespeople, who will build the new and improved infrastructure."

The CSRFF is administered by the WA Department of Sport and Recreation (DSR) and provides funds for community sport and recreation infrastructure such as club rooms, tennis courts and lighting.

Some of the major projects funded in the 2010/11 round include:

• Shire of Denmark - $580,000 for the irrigation of course, renovation and extension of the club house and construction of grass greens at Denmark Country Club
• Shire of Capel - $650,000 for the construction of the Dalyellup Sports Pavilion including change rooms, kiosk, meeting room, umpires' room, storage, toilets and undercover viewing areas
• Shire of Kulin - $700,000 for the redevelopment of Kulin Aquatic Centre, including replacement of existing pool, treatment and plant equipment, and construction of a new leisure pool and shade
• City of Kalgoorlie- Boulder - $215,284 for the replacement of two existing greens with synthetic greens at Kalgoorlie Bowling Club
• Shire of Broome - $235,000 to Ardyaloon Incorporated for the establishment and irrigation of Ardyaloon football oval
• City of Cockburn - $700,000 to Coogee Beach Surf Life Saving Club for the construction of a club room facility at Coogee Beach
• City of Armadale - $800,000 / $1million (if over allocation is approved) to upgrade facilities at Armadale Aquatic Centre
• City of Geraldton-Greenough - $800,000 for the redevelopment of Eadon Clarke Reserve, including reticulation, lighting, fencing, aquifer storage and ablutions
• Shire of Murray - $138,364 for extension to existing clubhouse facility at Pinjarra Football Club, including change rooms, storage, trainers' room and meeting rooms
• City of Mandurah - $158,666 to Mandurah Netball Association for the installation of flood lighting at the Thompson Street netball courts.