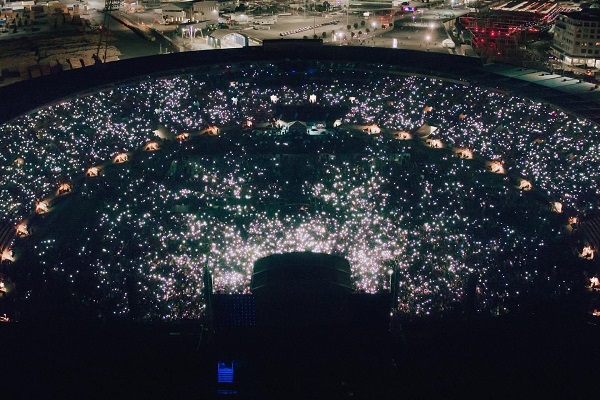 Over 32,000 fans, the largest crowd for a concert anywhere in the world for nearly a year, attended Wellington's Sky Stadium last night to see New Zealand act SIX60.

The fifth show of the band's SATURDAYS tour, which has seen SIX60 play in front of 100,000 fans this year across their five outdoor concerts.

And now, SIX60 have just finished the highest selling show of the tour with over 32,000 devoted fans in attendance in Wellington tonight!

As has become tradition SIX60 invited local kapa haka Ngā Taonga Mai Tawhiti to join them on stage for the finale of the show.

The group and band performed with beaming faces that emanated a real sense of camaraderie and pride.

Responding to a suggestion prior to the Wellington concert that it would have more people in attendance than this years Superbowl, SIX60's Ji Fraser commented "to hear those words, that this is the biggest show in the world right now, there's almost a responsibility for us to do our best."

Singer Matiu Walters added "I feel for people overseas. I remember being in lockdown and wondering if it would end.

"Wondering if we were going to be able to play a show. So, there is hope out there." 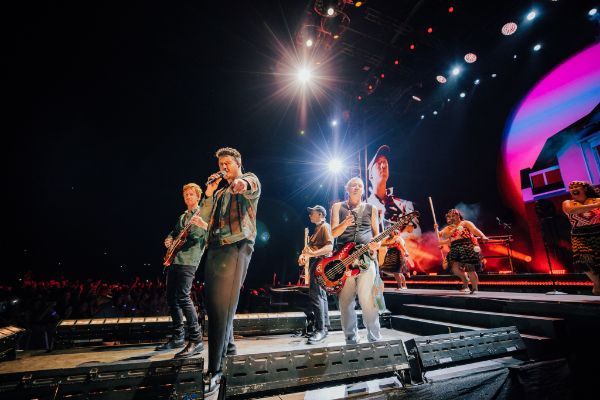 After the event, Sky Stadium Chief Executive, Shane Harmon stated "thank you SIX60 and Eccles Entertainment for an awesome night Sky Stadium and allowing us to host the largest crowd for a concert anywhere in the world for early a year.

"(It) felt so good to be able to do large scale shows again.

"Thanks to the crowd of over 32,000 and to all New Zealanders for putting us in a position to be able to do this.

"I hope this gives hope to our industry around the world. When the time comes, crowds will return. Live entertainment will return with a bang.

"Thanks to our core team and all our suppliers including Delaware North, Australia & New Zealand, Ticketek NZ, Red Badge Group and ISS A/S for all your hard work in delivering a great event and to the team WellingtonNZ for your support."

The final show in the tour will be at Hamilton's Claudelands Oval on Saturday 27th February.