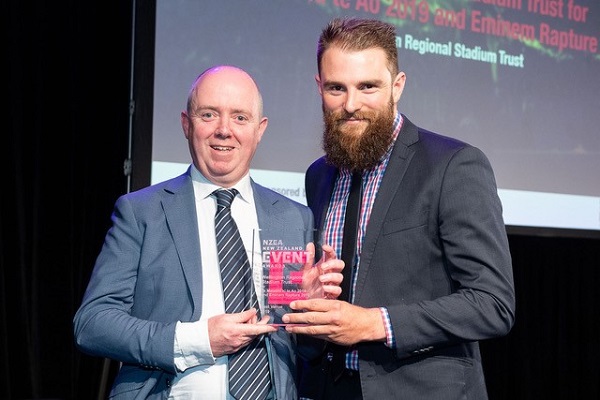 “The month around Te Matatini and Eminem was one of the busiest periods we’ve experienced. A year of planning went into it”.

“These events cannot be delivered without an exceptional team. It was due to the commitment, hard work and professionalism of our Stadium team, our key suppliers and the 1,500 staff who ensured a top-class delivery of both events”.

“We are very grateful to Te Matatini and TEG Dainty for bringing these magnificent events to Wellington. We also thank the team at WellingtonNZ for their support”.

Sky Stadium was also named as a finalist in Best Entertainment Event 2019: Eminem Rapture (held at Sky Stadium in March 2019)

NZEA General Manager Ségolène de Fontenay says she praises the consistently high standard of award entries, with a total of 106 events vying for the judges’ nod across eighteen categories.

de Fontenay noted “with such high standards, I’d like to congratulate all our finalists and most importantly, those winners who took home an award.

“I’d also like to thank the industry for the remarkable way in which it has navigated in this most unusual of COVID environments and for the resilience and professionalism New Zealand’s events sector continues to demonstrate.”