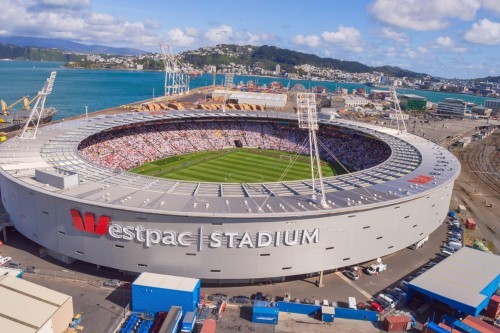 Westpac NZ and the Wellington Regional Stadium Trust have announced that their naming rights partnership is cease at the end of 2019, bringing to an end one of the longest partnerships in New Zealand sport.

As the naming rights sponsor of Westpac Stadium since its opening in 2000, Westpac NZ has played a critical role in the growth of the venue in its foundation years, establishing it as a leading venue for a range of world-class sport and entertainment events.

Westpac NZ Head of Customer Experience, Brand and Marketing Graham Wright said the stadium had become a fixture in Wellington since opening in 2000, advising “we are very happy that our long-term contribution has played a major role in cementing the stadium as one of the city’s landmark destinations.

“We would also like to acknowledge the work of the stadium’s current Chief Executive, Shane Harmon, as well as his predecessor David Gray, and the team who we have thoroughly enjoyed working with.

"Now the stadium is well-established, we feel the time is right to look at other future partnerships and part of that is a shift from sport to a greater focus on communities.”

Stadium Chief Executive Shane Harmon said the Trust was incredibly grateful to Westpac NZ for its loyal support of the stadium for nearly 20 years.

Harmon added “this is one of the longest naming rights partnerships in New Zealand sport, which is of credit to both parties.

“We have thoroughly enjoyed working with Westpac over the past two decades, developing the partnership at both the local and national level.

“We are also excited by the opportunity of welcoming a new naming rights partner on board and entering a new chapter in the stadium’s story.”

Westpac NZ will continue to support the stadium until the contract ends on 31st December 2019, and will continue its strong presence in Wellington as the major sponsor of the Wellington Westpac Rescue Helicopter, operated by Life Flight.

The Trust is understood to now be looking for a new naming rights partner.