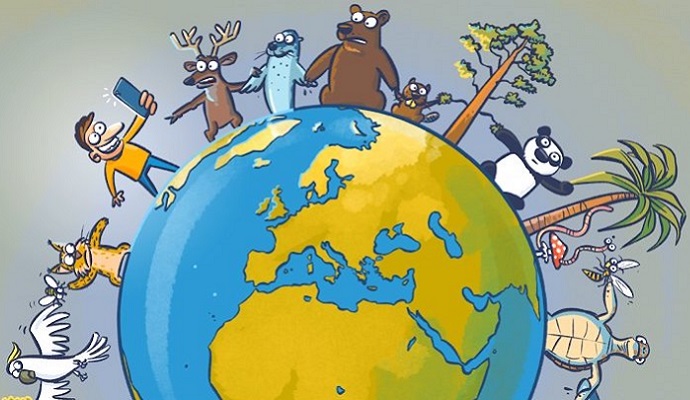 The World Association of Zoos and Aquariums (WAZA), the global alliance of regional associations, national federations, zoos and aquariums, has announced its support for the European Commission’s new global coalition, United for Biodiversity.

The European Commission launched the coalition on World Wildlife Day (3rd March), ahead of the United Nations Climate Change Conference (COP 15) to be held in Kunming, China in October this year.

It calls on all zoos, aquariums, botanic gardens, science and natural history museums to join forces and increase public awareness about the climate crisis.

Participating institutions are asked to engage in educational activities related to biodiversity and display a pledge at the entrance to their institution.

The coalition was inspired by the successful coalition of world aquariums against plastic pollution and was welcomed by the United Nations Environment Program (UNEP).

‘World aquariums #ReadyToChange to #BeatPlasticPollution’ was launched in 2017 and had more than 200 global aquariums raising awareness about marine litter.

WAZA interim Chief Executive, Martín Zordan stated “WAZA is pleased to support the new global coalition, United for Biodiversity, and we would like to encourage our members to join forces for biodiversity and intensify communications about the nature crisis.

“Zoos and aquariums globally welcome more than 700 million visitors every year and are in a prime position to raise awareness about the nature crisis, which threatens more than one million species with extinction.

“WAZA members play a vital role in the conservation of biodiversity and collectively can build momentum for transformative change.”

As concern over the effects of climate change grows, attractions are busy developing green agendas, whether they are reducing plastic, going solar, or offering vegan options.

The Natural History Museum recently declared a planetary emergency, launching a new strategy in response to the challenges facing the planet.

The NHM will open up its collection and share the scientific data and evidence needed to find solutions to climate instability and biodiversity loss.

It will also create new galleries, exhibitions and events, including ‘Fantastic Beasts: The Wonder of Nature‘ and a dinosaur gallery exploring biodiversity, extinction and climate change.