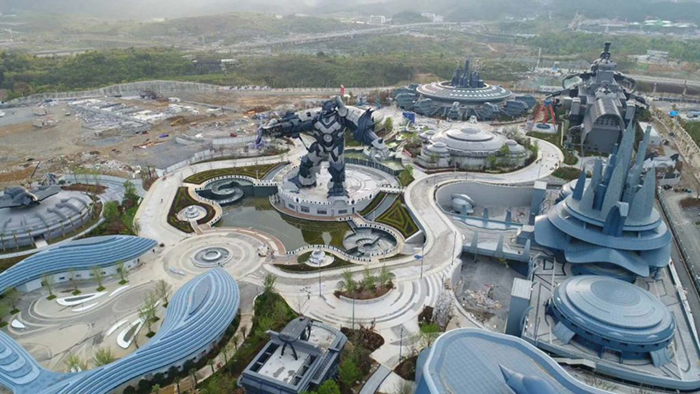 A new virtual reality (VR) theme park has opened in Nanchang, the capital of eastern China's Jiangxi Province. It is attracting thousands of visitors every day according to a number of Asian media outlets.

Wang Cuifang, an associate professor of VR industry with the Jiangxi University of Finance and Economics, commented "there are only a few large-scale VR amusement parks like this in China."

Last month, a VR/AR (augmented reality) science and technology museum opened to the public free of charge in Nanchang. Aiming at popularising VR technology, visitors can find the application of VR technology in diverse fields, such as education, exhibition and automobile repair.

In the rush to embrace VR, the province of Jiangxi in 2016 launched China's first industrial base for VR, and the city of Nanchang now boasts over 200 VR-related firms.

China's VR industry has witnessed rapid growth in recent years. The country's VR market expanded 164% year-on-year to reach $3.3 billion in 2017. The market is likely to exceed $18 billion by 2020, according to the Ministry of Industry and Information Technology.

Back in April, the theme park, Oriental Science Fiction Valley opened in Guizhou, China which uses virtual reality for all of its attractions.

Spanning 330 acres, the park contains 35 virtual reality rides, including spaceship tours, virtual roller coasters, and shooter games. There are no traditional coasters at Oriental Science Fiction Valley, but there are sci-fi-inspired castles and giant robots positioned throughout the grounds.

“We are trying to give customers a new experience by combining modern technologies such as VR and [augmented reality] with traditional recreational facilities. The sci-fi part of it is important for the feeling it creates.”

Oriental Science Fiction Valley was the first to use VR on all of its attractions, while various stateside theme parks, for example, have begun to adopt the technology for a small number of rides.