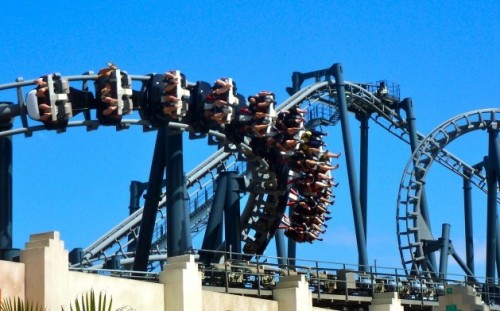 Village Roadshow Theme Parks has partnered with a team of RMIT University researchers to develop a suite of interactive and 'intelligent' attractions.

Looking to change the theme-park experience, Village, which operates Warner Bros Movie World, Sea World and Wet'n'Wild Water World on the Gold Coast as well at the soon-to-open Wet'n'Wild Sydney, is working with RMIT University on a three-year project which could see sensing technologies used in popular console games adapted and introduced on theme park rides.

RMIT School of Computer Science and IT Senior Lecturer Fabio Zambetta told The Australian this week "the notion is that a whole family would go to the attraction and the system will allow them to play together.

"It would adjust the interaction with the theme park as they go along. It senses, understands and reacts to that."

Dr Zambetta said the research could be used for both 'wet' and 'dry' attractions, adding "the focus at the moment is on water.

"One notion we were entertaining is a multi-player game where a whole family comes in and they co-operate together to essentially defeat an opponent of sorts in a water-based scenario.

"The system senses what they do and it will adjust the difficulty in playing the game depending upon the family make-up."

Dr Zambetta told The Australian that traditional theme-park experiences are "limited" because they lasck interactivity, adding "with a ride, you get in and get out and there is nothing you can do to somehow affect the outcome of the experience.

"We want to bring game-like factors into a theme-park experience so you try to get the best of both worlds."

The team plans to have an operational prototype in a theme park as part of the project.