Wanda World theme park opening the first of 15 in China 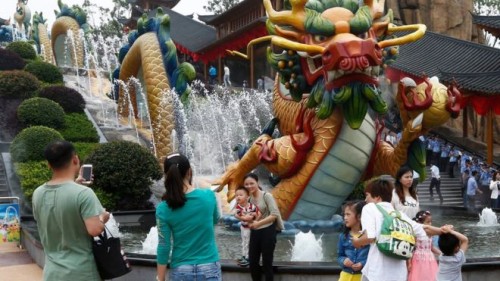 Chinese entertainment and real estate company the Dalian Wanda Group has opened the first of 15 theme parks that it plans to operate in mainland China.

With American entertainment giant Disney set to open the Shanghai Disney Resort in the coming weeks, the opening of Wanda World in the south-eastern city of Nanchang comes at a time of increasing competition in the fast-growing Chinese leisure market.

The competition also saw Wanda Group Chairman Wang Jianlin launch an unprecedented attack on Disney in an interview on the state-run China Central Television (CCTV) in which he predicted Disney would lose money for decades.

Built at a cost of $4.7 billion, Wanda Cultural Tourism City comprises a giant mall set over two kilometres² (200 hectares), as well an aquarium and an 80-hectare theme park boasting "the highest and longest roller coaster and the highest drop tower in China", according to a statement by the group.

After the site in Nanchang, Wanda plans to open six more theme parks in China within three years and plans to have around 15 in the country by 2020. 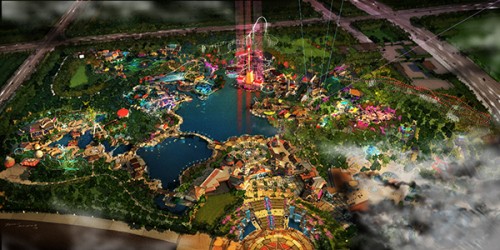 While using foreign supplied rides and expertise to develop the attraction, Wanda World has a distinct Chinese feel, something Wang highlighted in his CCTV interview, when he stated “we want to be a model ... and highlight Chinese influence in the cultural domain."

After the site in Nanchang, Wanda plans to open six more theme parks in China within three years and plans to have around 15 in the country by 2020.

Wang added “a tiger cannot take on a pack of wolves," Wang said during the same interview, in which he also accused Disney of "cloning past accomplishments without innovating".

However, industry experts claim Wanda's goals are ambitious, pointing to the group's lack of experience in the market.