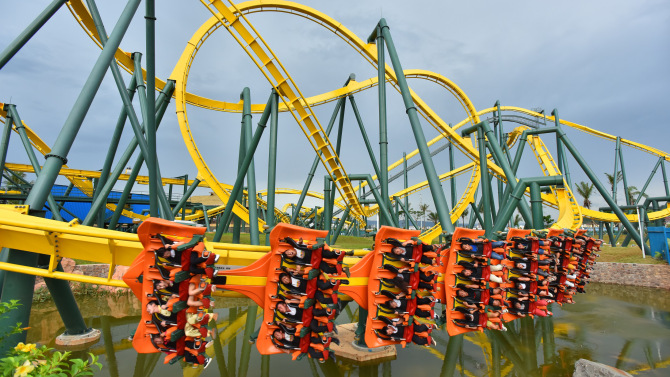 According to a report in the Gold Coast Bulletin, the Dalian Wanda Group is negotiating with the Queensland Government to obtain land at Coomera to build the new multi-billion-dollar attraction.

Speaking to the Gold Coast Bulletin, Wanda Group General Manager Xie Hong said theme parks were a primary focus of the company’s international plans and the Gold Coast was the perfect location.

Xie stated “ theme parks are one of the things Wanda wants to invest in in the future (and) it is Wanda’s intention to set a theme park up on the Gold Coast.

“(However) this major project is still under negotiation with the State Government.”

Wanda already owns hotel properties on the Gold Coast and was behind the commencement of flights in September this year between the Chinese city of Wuhan and the Gold Coast that are expected to deliver up to 35,000 additional incoming visitors each year travellers a year.

It has grown massively with investments in commercial property, luxury hotels, culture and tourism, and retailing.

Recent acquisitions have include the Ironman Triathlon Group and the Hoyt’s cinema chains while in September it opened the $2.5 billion Wanda Xishuangbanna International Resort in Yunnan province, South West China.

Planned to spread over 5.3 kilometre², the theme park and resort is part of a drive to attract than 200 million people to Wanda attraction in the next five years.

“Their latest theme park(Wanda Xishuangbanna International Resort) fits the theme park destination resort model most westerners are accustomed to, complete with on-site resort hotels and major outdoor theme park and water park facilities - as opposed to most of their projects, the ‘Wanda City’ installations, which are indoor theme parks and more ‘mall-like’.

The Wanda City sites are all aimed more at the Chinese middle class and tend to be in mid-size Chinese urban centres.”

While Wanda is planning a series of major projects across Australia, including Sydney and Melbourne, Xie said the Gold Coast was their business priority.

He concluded “now that we have entered the Gold Coast market with direct flights we are planning to increase our offerings.

“We are doing projects all over Australia but the Gold Coast is our marketing priority.”