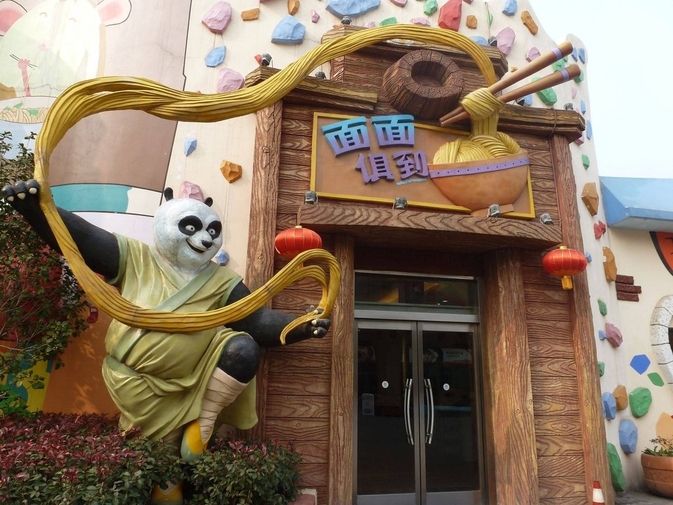 However, in replicating online games, principally Blizzard Entertainment's Starcraft and World of Warcraft, the park's owners may be infringing the USA-based game creators' copyrights.

The $31 million attraction, widely known as the Warcraft and Starcraft-themed amusement park, is devoted to transforming the the world of online gaming into reality. The park also serves as a videogame industry business centre hosting research and development facilities and promotional venues as the National E-Sports Competition Centre, International Anime-and-Game Expo Pavilion, Anime-and-Game Technology and Derivatives R&D Park, and a Digital Technology High-end Professionals Training Centre.

According to their promotional video (see link below) China wants World Joyland to compete with the likes of Universal Studios and Disney. However, such promotion appears to ignore the logistical and legal issues involved with the licensing the project.

Rather than purchase the rights to use characters and names from Blizzard, the Warcraft park is titled the 'Terrain of Magic' while Starcraft is branded as the 'Universe of Starship.'

To view World Joyland's attractions on YouTube go to www.youtube.com/watch?v=zAs3R8XfEdU&feature=player_embedded#at=239