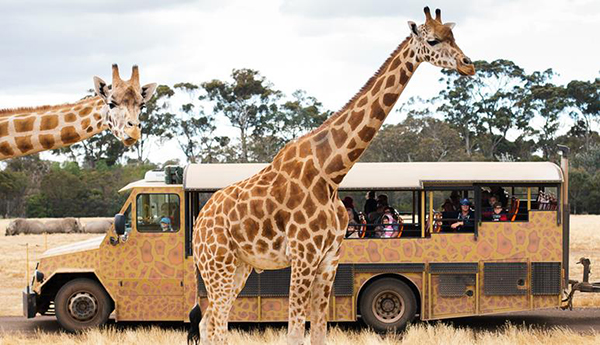 Funding from the Victorian Government has seen Victoria’s zoos become the first in mainland Australia to be powered by 100% renewable energy.

Victorian Minister for Energy, Environment and Climate Change, Lily D’Ambrosio advised that the milestone was made possible by the State Government having secured a power purchasing agreement for renewable energy.

Healesville Sanctuary is powered by renewable energy produced by the Crowlands Wind Farm, near Ararat and Melbourne Zoo and Werribee Open Range Zoo use 100% GreenPower.  This builds on the 675 kilowatts of on-site solar already installed at the three zoos.

Zoos Victoria Chief Executive, Dr Jenny Gray advised “our purpose as a zoo-based conservation organisation is to ensure a future rich in wildlife. It is our duty to combat climate change by taking accountability for our own energy consumption and embracing renewable energy.

“Everyone can take this simple step and join us in reducing carbon in the atmosphere.”

It’s not the first climate change milestone for Zoos Victoria, which was also the first independently certified carbon neutral zoo in the world in 2013.

Zoos Victoria, which has more than 800 employees working with over 5000 animals, has reduced its greenhouse gas emissions from 14,000 tonnes to just 4,000 tonnes.

Other sustainability initiatives include the diversion of 89% waste from landfill in 2020-21 and recycling 100 Mega-litres of water annually through an on-site water recycling plant.

Minister D’Ambrosio noted “this is a fantastic achievement by Zoos Victoria − an achievement that is helping Victoria tackle climate change and halve its emissions by 2030.

“We want to see more organisations transition to renewables and we’re delivering the investment needed to support that transition.”