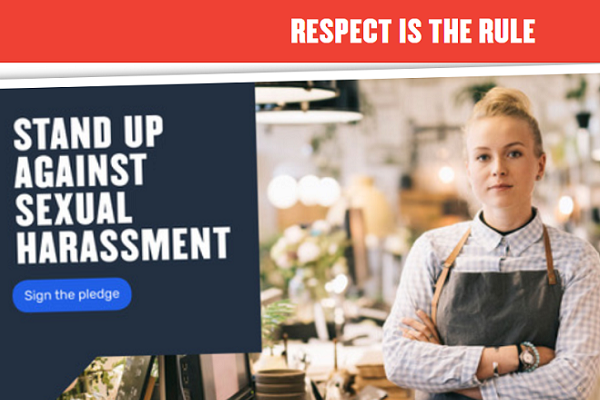 Venues in Victoria are joining forces to stamp out sexual harassment in hospitality workplaces.

Following new research showing sexual harassment is rife in bars and restaurants, almost 60 venues have signed the Respect is the Rule pledge.

Hospitality union Hospo Voice, an arm of United Voice, is behind the new pledge which follows research showing almost nine out of 10 women working in hospitality have been subjected to sexual harassment.

Hospo Voice Victorian Secretary Ben Redford stated “we often hear about employers who see their hardworking staff copping disgusting treatment from customers, but do nothing to protect them because they don’t want to upset a regular.”

Australian Culinary Federation President Steve Barr, who is also executive chef at University House, said the old school environment in the kitchen that encouraged bullying was no longer tolerated.

Barr told the Herald Sun “hospitality is a big family and there’s a place out there for everyone.

“The message is if you’re not comfortable in your workplace, move on, and you will find a comfortable workplace, whether it’s too much pressure, or the food’s too challenging, or the people you work with are idiots.”