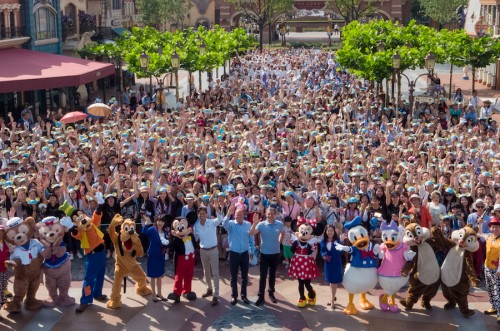 “Tourism is truly the best partner for governments to generate economic growth, create jobs and reduce poverty” was the message from Gloria Guevara, President and Chief Executive of the World Travel and Tourism Council (WTTC) as she addressed over 1,500 global leaders at the opening of WTTC’s Global Summit in the Spanish city of Seville today.

With the WTTC representing the private sector tourism interests around the world, its Global Summit is the most important event of the year.

In Guevara’s opening address she explained “we are living in an era of rapid change, the pace of which, I predict, will only increase. Within the past decade alone we have witnessed advancements that have propelled the travel and tourism sector to new heights, fundamentally changing the way we live, the way we do business, the way we communicate with each other, and the way millions and millions of people travel every day.

“Last year we saw 1.4 billion international arrivals and 4.4 billion people flying around the world. Factoring in domestic tourism, there were around seven billion trips last year alone - and this is just the beginning.

“As the travel and tourism sector continues to grow, new markets open up, and more people have the opportunity to travel, we need to make sure that we stay ahead of the curve by considering what the future of travel looks like, who the consumers of tomorrow will be and what they will expect. That is why we are here today, and why the theme of this year’s Global Summit is ‘Changemakers’. 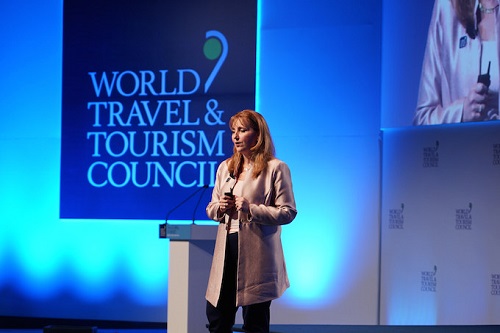 “Over the next decade our sector will generate an additional 100 million jobs, meaning that one in four new jobs created will be thanks to travel and tourism. Our sector is truly the best partner for governments to generate economic growth, create jobs and reduce poverty. But we cannot take historical strong performance and positive forecasts as a given.

“The reality is that the world is confronted by significant challenges that require coordinated global action, change making behaviour and more collaboration. If we don’t work on our future, the growth predictions could fail to materialise, impacting millions of jobs and progress towards the SDGs (sustainable development goals).

“Not long from now we will travel from the airport to our accommodation in a driver-less taxi,

With a drone dropping off our luggage in advance. Virtual reality will enhance tourist experiences at historical sites by transporting visitors back in time, and live language interpretation will mean that nothing is lost in translation again. Data analytics will help to manage flows of people making overcrowding a flashback, and local communities will live from travel and tourism while helping us to protect natural and cultural assets.”

The 2019 WTTC Global Summit is now underway in Seville, Spain, and hosted by Ayuntamiento de Seville, Turismo Andaluz and Turespaña.

WTTC has a history of 25 years of research to quantify the economic impact of the sector in 185 countries, seeing tourism is a key driver for investment and economic growth globally. The sector contributes US$8.8 trillion or 10.4% of global GDP, and accounts for 319 million jobs or one in 10 of all jobs on the planet.

For over 25 years, WTTC has been the voice of this industry globally. Members are the chairs, presidents and chief executives of the world’s leading, private sector tourism businesses, who bring specialist knowledge to guide government policy and decision-making and raise awareness of the importance of the sector.