The devastating impact of soft drinks on public health 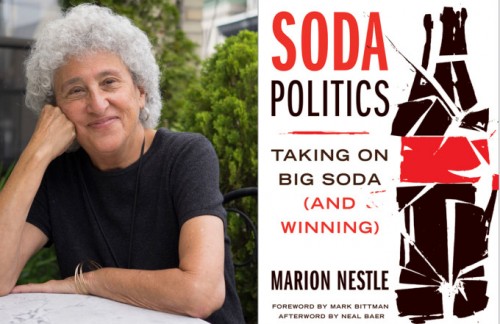 The way in which soft drinks, containing inexpensive ingredients, became the basis of multi-billion dollar industries and international brand icons, while also having a devastating impact on our health will be the focus of a talk at the University of Auckland’s Tāmaki Campus next Monday by an American food and nutrition expert.

In her talk, ‘Soda Politics: Taking on Big Soda (and Winning)’, Professor Nestle will detail the ways that the soft drink industry works overtime to make drinking sugar-sweetened beverages as common and accepted as drinking water, for adults and children.

She explains that “sodas are astonishing products ... little more than flavoured sugar-water, these drinks cost practically nothing to produce or buy, yet have turned their makers into a multi-billion dollar industry with global recognition, distribution, and political power.

“Billed as refreshing, tasty, crisp, and ‘the real thing’, sodas also happen to be so well established to contribute to poor dental hygiene, higher calorie intake, obesity, and type-2 diabetes, that the first line of defence against any of these conditions is to simply stop drinking them.”

Professor Nestle, a renowned food and nutrition policy expert and public health advocate, shows how soft drinks are principally miracles of advertising. She says the industry spends billions of dollars each year to promote their sale to children, minorities, and low-income populations, in developing as well as industrialised nations. 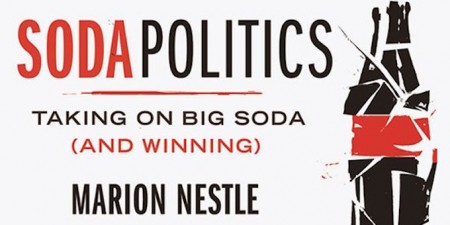 Professor Nestle comments “once they have stimulated demand, they leave no stone unturned to protect profits.

“That includes lobbying to prevent any measures that would discourage soda sales, strategically donating money to health organisations and researchers who can make the science about sodas appear confusing, and engaging in Corporate Social Responsibility (CSR) activities to create goodwill and silence critics.”

In ‘Soda Politics’, Professor Nestle follows the money trail wherever it leads, revealing how hard ‘Big Soda works’ to sell as much of their products as possible to an increasingly obese world.

She adds that ‘Soda Politics’ does more than just diagnose a problem - it encourages people to help find solutions, stating “from Berkeley to Mexico City and beyond, advocates are successfully countering the relentless marketing, promotion, and political protection of sugary drinks.

“Their actions are having an impact - for all of the hardball and softball tactics the soft drink industry employs to maintain the status quo, soda consumption has been flat or falling for years.”

“Soda Politics provides the tools needed to keep up pressure on Big Soda in order to build healthier and more sustainable food systems.”

Hosted by the School of Population Health, the talk by Professor Nestle will be held from midday to 1pm on Monday 18th January at the Tāmaki Campus (Function room).