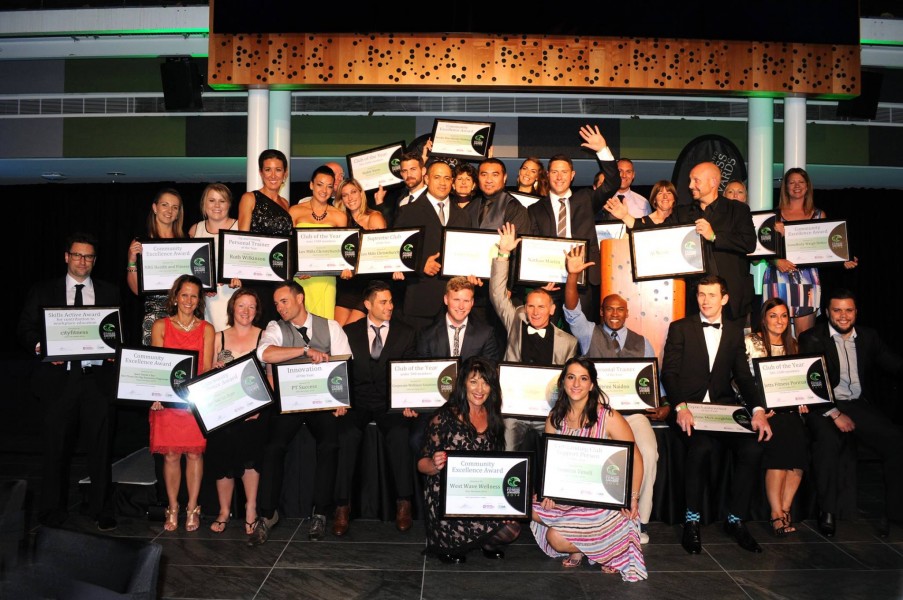 Vision Personal Training in the Auckland suburb of Takapuna has been named Supreme Exercise Facility of the Year at the 2015 New Zealand Exercise Industry Awards.

Presented on the evening of Saturday 21st November, the Awards recognise those making a contribution to the health and wellness of New Zealanders through exercise and fitness.

Created in 2005, the Award presentation linked with FitEx Conference.

Commenting on the Awards, ExerciseNZ Chief Executive Richard Beddie stated “year after he year, the number of entries to the Awards continues to increase which goes to show the value the Awards have in our industry.

“People/organisations who have entered have commented that ‘the Awards have been a great opportunity, even just filling in the application made us think about our product and how we want to differ from others’.” 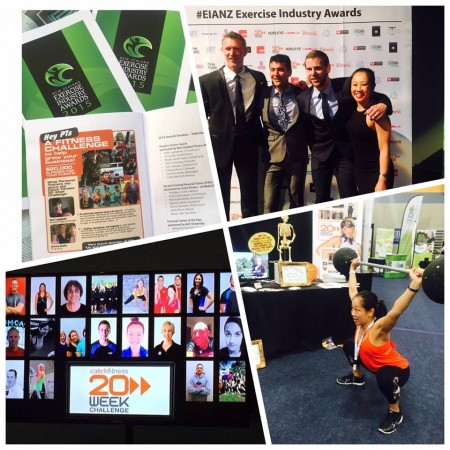 Images: Winners come together at the 2015 New Zealand Exercise Industry Awards (top) and a collage of images from the Award night (below).