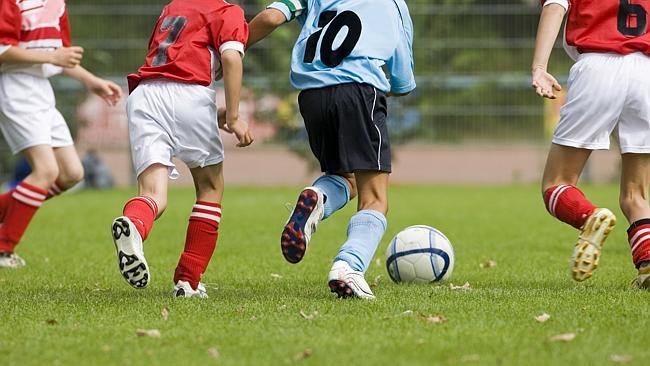 University of Otago researchers believe urgent action is needed to help children and parents make healthier choices when it comes to the drinks children consume when playing sport.

The call has been prompted by a study of 82 children aged between 10 and 12 years playing netball, rugby and football clubs in the Wellington region. Each child was given a disposable camera to photograph the food and drinks they saw at their organised sports games, what they would consume when playing sport, what food and beverages they would take to sport, and any sport-related food and drink promotion. They also kept notes. After two weeks the photographs and notebooks were collected for analysis.

Lead researcher Dr Moira Smith says while healthier options such as water and plain milk featured in the photographs, many drinks were sugar-laden, and some contained caffeine.

As a result, Dr Smith explains “by drinking these drinks children are consuming empty calories and potentially creating cavities. Their consumption is implicated in numerous poor health outcomes, which are largely preventable.”

A third of New Zealand children are currently either overweight or obese, with New Zealand ranking fifth in the OECD for childhood obesity. Type 2 diabetes, typically diagnosed in adults, is becoming increasingly prevalent in children, and tooth decay is one of the top reasons New Zealand children are hospitalised. Rates of these conditions are significantly worse for Māori and Pacific children.

Dr Smith explained that children in the study said the drinks were part of their sport-related diet, often promoted for sport, and were available at the sports settings they frequent. Some children indicated that they consume the drinks regularly when playing sport, and most children expressed their preference for them.

According to the New Zealand Ministry of Health food and nutrition guidelines, children should limit their consumption of sugary drinks to less than one glass a week. Children under 13 years should not drink caffeinated drinks.

Dr Smith added “in particular, children who play Saturday morning sport do not need sports drinks for extra energy or rehydration. These are only needed by athletes playing high level or elite sport.”

Dr Smith believes that implementing healthy food and beverage policies in sports clubs and promoting tap water as a free and accessible choice for sport would be ideal solutions, adding “other strategies including healthy eating and drinking programmes in sports clubs, and nutrition education and dietary advice for children, parents and coaches, would also be beneficial - particularly about the energy intake and hydration requirements for children who play organised sports.”

She also suggests that taxing and regulating the marketing of sugary beverages, and improving their labelling, including visible warnings, would support action in the sport setting and be an important part of a comprehensive public health approach.

The study also showed excessive packaging and serving sizes are common, and provides evidence for a need to regulate portion sizes to reduce energy intake, she says.

These recommendations align with earlier calls from the New Zealand Medical Association and other public health professionals in New Zealand and internationally for action in this area, she says.

Dr Smith concludes “given the global nature of food, drink and sport it is likely the situation is similar in other countries. The marketing of Coca-Cola and Powerade at the recent FIFA World Cup is a strong illustration of the paradox that exists between food, drink and sport worldwide.”

The study has been recently published in the international journal Appetite.