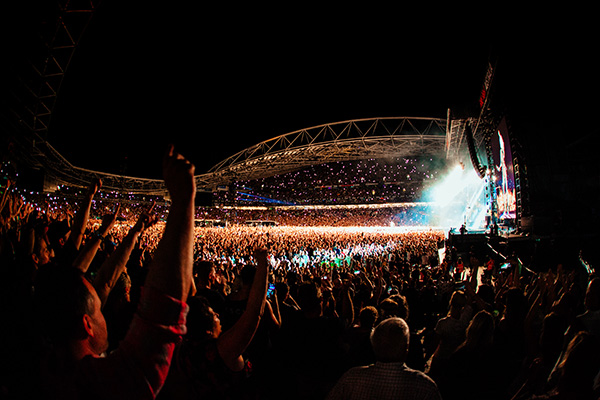 TEG has reported that the $11.1 million funds raised from the FIRE FIGHT AUSTRALIA concert held one year ago today have been successfully deployed to support hundreds of aid projects, helping dozens of communities, thousands of families and countless wildlife in their recovery from the worst Australian bushfire season in living memory.

The historic 10-hour concert was watched by a passionate sold-out audience of 75,000 fans at Stadium Australia in Sydney’s Olympic Park and millions on the Seven Network and Foxtel as well as worldwide through Fox and its affiliates. 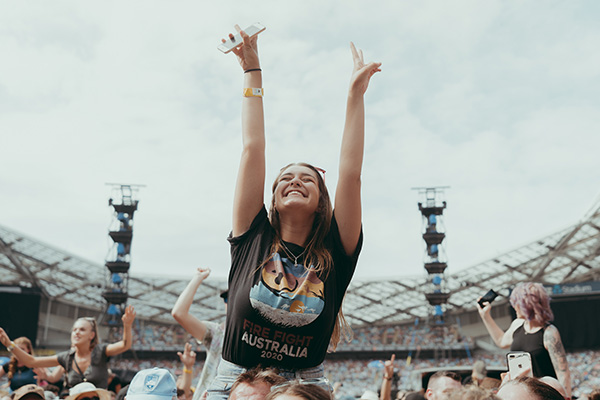 TEG wishes to once again thank the fans, whose generosity in buying tickets, merchandise, food and drink at the event and donating during the telecast has made a positive difference to people affected by the bushfires by making projects such as the following possible:

RESCUE: CFS Foundation (South Australia) Chief Executive, Gloria Berni notes “many of the CFS volunteers on Kangaroo Island in South Australia who were impacted by the fires were farmers that lost everything - their homes, their livestock, their fencing, all their personal possessions, yet continued to fight the bushfires to try and save their neighbours and other parts of the Island. The money given to them by the CFS Foundation via donations from organisations such as FIRE FIGHT AUSTRALIA was invaluable in assisting them start to rebuild their lives.”

REHABILITATION: RSPCA Australia Chief Executive, Richard Mussell advises “Funds from the FIRE FIGHT AUSTRALIA concert have been committed towards projects focused on protecting Australian wildlife into the future across Australia. These include upgrading wildlife care facilities, creating specific capabilities to rescue, triage and treat animals affected by bushfires, and working collaboratively with other partners to help address the needs and gaps we’ve identified.”

REBUILDING: “FIRE FIGHT AUSTRALIA’s donation to the BizRebuild program helped to retool 350 tradies across 100 fire affected communities. They include Byron, a local carpenter, who lives in Coolagolite near Cobargo town. He was doing a job and had left his tools on site at the Salway's Property, when the firestorm hit on NYE. He managed to save his house from burning but expressed that so much was lost with his sisters neighbouring house burnt the ground and sheds containing equipment and tools. He was very appreciative of the re-tooling voucher,” Leanne Close, Coordinator – BizRebuild, Business Council of Australia.

Byron the carpenter was thankful for the BizRebuild voucher and added “it has meant a lot to our business, we have been able to replace our bushfire damaged fence surrounding our herb garden, herbs which we use in the manufacture of our skincare range Saarinen Organics. With Coronavirus following so close to the fires, it has been a double hit to our income, support like this means a huge amount to our business viability, future, our own mental health, and the local economy, as we used the voucher locally four kilometres away at the Wyndham general store. This is great support to people and community. Thank you.”

TEG Chief Executive, Geoff Jones added “It’s hard to believe that FIRE FIGHT AUSTRALIA was just a year ago, given all that has happened to our industry, let alone the world, since. We are proud that the money raised through the concert has made a positive difference to communities that are still recovering from the devastating bushfires of 2019/20.

“Our thanks again to the 23 artists and bands and to over 1500 suppliers and volunteers that helped ensure we were able to achieve that amazing result by providing services at cost or free of charge. It was an enormous effort from the music industry to pull the concert together in five weeks and we are proud of what we achieved through our collective effort.

“We are all looking forward to the day soon when we can reconnect once again through the unbeatable power of live music at scale.”

TEG also extends their thanks to Stadium Australia, FIRE FIGHT AUSTRALIA’s broadcast partners and its sponsor partners, including Sony, Fetch, Cotton On and WISE – It’s In Your Hands.