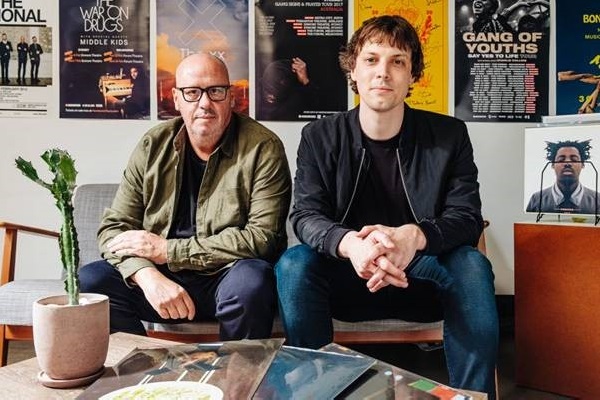 TEG has today announced the acquisition of a majority stake of Sydney-based boutique tour and events promoter Handsome Tours.

Handsome’s recent landmarks include Gang Of Youths’ ‘Say Yes To Life’ tour, which sold over 50,000 tickets and broke venue records across the country, as well as 2020’s ‘Down To Earth - A Bushfire and Climate Fundraiser’ at Sidney Myer Music Bowl, which raised over $1.4 million for bushfire relief with a line-up including Gang Of Youths, Tash Sultana, Angus & Julia Stone and Thelma Plum.

Thrilled to have Handsome Tours as part of the TEG family, TEG Chief Executive, Geoff Jones stated “time and time again, Handsome Tours have showcased their ability to discover new talent and nurture it from the tiniest of clubs to sold out theatres and arenas. The team’s passionate work ethic and artist-first philosophy is the perfect complement to TEG’s integrated model, built on client-first technology solutions and customer-first ticketing services.”

Dodds commented “we couldn’t be more excited to be partnering with TEG to write the next chapter for Handsome Tours.

Handsome has always been known for breaking artists but we’re even prouder of our record of contributing to sustained artist careers. Belonging to a world-class group like TEG will empower us to speak to more music-lovers in more sophisticated ways than ever before, delivering bigger outcomes for agents, managers and their talent at every point of an act’s journey.”

Handsome will bid farewell to founding partners Ashley Sellers, Mat Everett and Justin Cosby who will be replaced as board members by Geoff Jones and TEG Chief Financial Officer Sandra Rouse.

Mat Everett founded Handsome Tours in 1999 at Melbourne’s Corner Hotel, growing it into Australia’s leading boutique promoter through tours with Interpol, Bon Iver, The Shins and Band Of Horses.