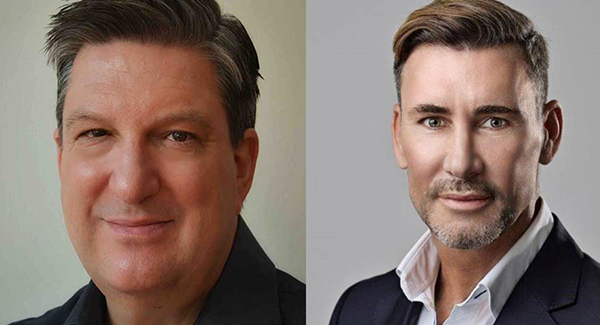 Live entertainment, ticketing and technology company, TEG has today announced the restructuring of its management team in its next phase of expansion in a post - COVID world.

Under the changes, Cameron Hoy has been appointed to the new combined role of Chief Commercial Officer and Managing Director of Ticketing, taking on oversight of TEG Analytics, TEG Insights, TEG Digital and Commercial as well as all TEG’s Ticketing operations globally.

TEG Chief Executive Geoff Jones congratulated Hoy and welcomed Ball to the TEG Senior Leadership Team noting “this is an evolutionary, fit-for-purpose restructure which is all about making sure we are streamlined for global growth in the longer term, as we battle the challenges posed by COVID-19.

“It aligns our businesses in the right way and brings in additional senior talent as we continue to evolve our integrated model.”

Jones enthused “I am delighted to appoint my long-time colleague Cam Hoy to this critical role for TEG going forward. With his proven track record, Cam is the ideal executive to lead our increasingly global Ticketing operations and aggregate our Analytics, Insights, Digital and Commercial businesses to maximum effect for TEG and our partners.”

Hoy was previously Chief Operating Officer and Head of Ticketing for TEG, where he has led a dedicated and passionate Team during times of rapid change and innovation in ticketing and e-commerce over the past 12 years.

Ball has more than three decades’ leadership, M&A, digital and consulting experience in London, New York and Asia-Pacific. He has been working with the TEG leadership since February.

Jones welcomed Ball to the TEG Senior Leadership Team adding “Ian brings a wealth of global experience to our company, which will be invaluable as we look to extend our technology leadership and expand our integrated model globally.”