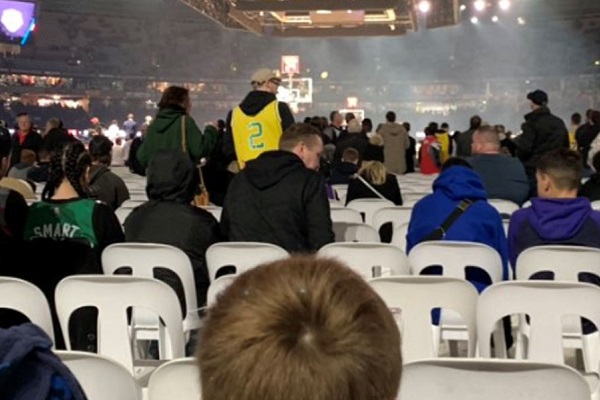 The move follows an Australian Competition and Consumer Commission (ACCC) investigation that found fans at the two International Basketball Series games in August last year were misled about the quality of views from their seats in sections of Marvel Stadium.

Fans were also found to have been subjected to false advertising by TEG Live, which used top NBA stars - including LeBron James, Kevin Durant, Paul George and James Harden in promotional material - but who did not ultimately play in the two games.

The games in which the USA national team played the Boomers on 22nd and 24th August in Melbourne and the Canadian national basketball team on 26th August in Sydney, were promoted by TEG Live from March 2018.

Record crowds of more than 50,000 fans attended each of the Melbourne matches.

As a result of the ACCC investigation, TEG Live admitted that it made false or misleading claims about seating at the games held in Melbourne and acknowledged the Commission’s concerns that it may have breached the Australian Consumer Law by misleading consumers about which USA national basketball team players would be playing, or would be available to play, in the games.

In a statement on the matter, ACCC Chair, Rod Sims advised “in our view, TEG Live’s conduct was unacceptable, and we are pleased around 5,000 consumers will receive automatic refunds before the end of July.”

TEG Live’s advertising material used a picture of a stadium showing the floor-level seats would be tiered. But those seats at the games were not tiered and many consumers had obstructed views.

Hollywood star Russell Crowe was among the throng of fans who took to social media to express anger at the poor views from their seats, claiming he had paid $1,500 for his ticket. The cost of floor-level seats ranged from $895 to $3,995 for hospitality packages.

Sims added “consumers paid a premium for floor-level seats, ranging between $895 and $3995 for a hospitality package and may have done so as a result of misleading seating advertising.”

Affected consumers will be contacted by TEG Live and receive an automatic refund using their original payment method before the end of July.

Click here to view the undertaking provided by TEG Live.

Image shows one premium ticketholder's view of the 22nd August International Basketball Series match between the Boomers and the USA at Marvel Stadium. Courtesy Leanne Willis/Twitter.