Technogym to showcase the SKILLROW at The Fitness Show 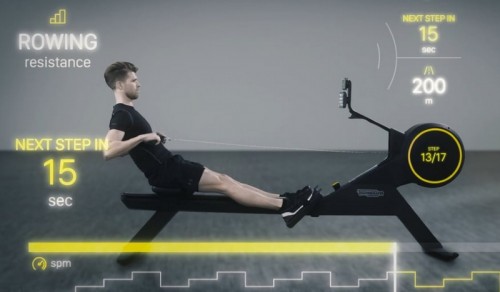 Having introduced its new SKILLROW product at the 2017 International Health, Racquet & Sportsclub Association (IHRSA) Expo, Technogym is to launch its connected indoor rowing machine in Australia at the upcoming Fitness Show in Sydney, being held from 28th to 30th April.

To develop SKILLROW, Technogym teamed up with Olympic athletes Scott Durant (Gold medallist in 2016), Rossano Galtarrossa (medallist in 1992, 2000 and 2008) and Marcello Miani, to create a groundbreaking indoor rowing experience.

The first connected indoor rowing machine capable of improving anaerobic power, aerobic capacity and neuromuscular abilities in a single solution, SKILLROW features AQUAFEEL – a technology that delivers a feeling specific to rowing on water, and MULTIDRIVE Technology to enhance performance and improve rowing through additional resistance. 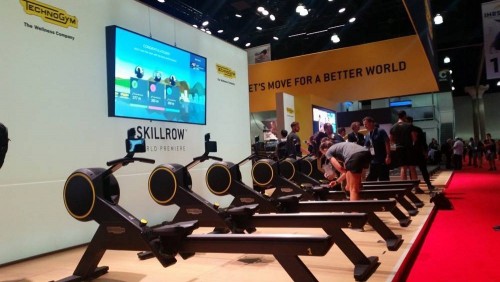 The introduction of SKILLROW follows the success of SKILLMILL, with the new rowing product becoming the second product of the SKILL LINE.

Lower image show the SKILLROW at the IHRSA Expo.