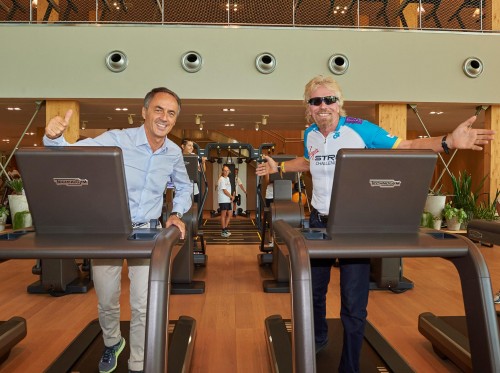 Global wellness leader Technogym has revealed that numbers participating in the 2017 edition of its ‘Let’s Move for a Better World’ campaign are the largest ever.

Set to run from Monday 13th to Friday 31st March 2017, the campaign encourages gym members at fitness clubs all over the world invited to donate their movement to promote wellness and healthy lifestyles in their local communities and beyond.

Technogym’s Group Cycle™ has also been used in a successful Guinness World Record for ‘Most mechanical energy produced by pedaling on static bicycles in one hour’.

The event took place in November last year in cooperation with the Executive Council of Dubai, at Burj Park in Dubai and involved over 300 cyclists riding 105 Group Cycle™ bikes in shifts of 20 minutes each, to achieve a total combined energy output of 8.999 kWh.

For more information on the Let’s Move for a Better World campaing click here to contact Technogym Australia via their entry in the Australasian Leisure Management Supplier Directory.

Image: Sir Richard Branson, founder of The Virgin Group, with Technogym President Nerio Alessandria during a recent visit to the Technogym Village.