Global wellness leader Technogym has announced details of the 2017 edition of its ‘Let’s Move for a Better World’ campaign.

Backed by Technogym’s ecosystem platform, this fourth edition of the campaign will run from Monday 13th to Friday 31st March 2017, with gym members at fitness clubs all over the world invited to donate their movement to promote wellness and healthy lifestyles in their local communities and beyond.

As a result, the more active club members are, and the more MOVEs that they generate, the bigger the donation will be to their communities.

Developed as part of Technogym’s ongoing global campaign aims to reduce obesity and sedentariness worldwide, the new 2017 edition allows an increased number of fitness clubs to win and donate Technogym equipment to an association of their choice.

This will occur as a result of three award levels: 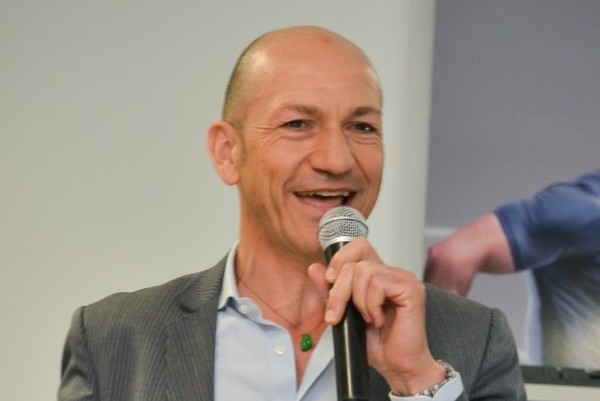 Alongside the social opportunity, ‘Let’s Move for a Better World’ is an efficient tool for clubs to increase business. The campaign has proven to attract new members, thanks to both the initiative’s communication campaign through the web and social media, and the viral effect created by existing members sharing their training sessions online.

Technogym Australia Country Manager Claudio Bertozzi (pictured above) explains “Let’s Move for a Better World is a unique and powerful tool to build member loyalty, motivation and footfall through its competitive mechanic.

“By placing the spotlight on the club’s local community, it creates a positive team spirit that brings people together towards a common objective.”

The 2016 edition saw great improvements for participating facilities: visits increased by an average 29%, new memberships increased by 16%, and over three quarters of participants saw an increase in the engagement and motivation of existing members.

Bertozzi adds “the Let’s Move for a Better World campaign embodies Technogym’s mission to improve wellness on a global scale. Technogym recognises that the education of the younger generation is a crucial starting point for achieving this goal, and building a more sustainable society based on personal health.

Technogym has grand ambitions for ‘Let’s Move for a Better World’ 2017, following the success of the 2016 edition, which boasted impressive figures and quadrupled the 2014 results: 513 clubs and 122,000 participants in 21 countries completed more than 400 million MOVEs, burning a total of 170 million calories and losing a staggering 24,000 kilograms.

To become involved go to www.technogym.com/letsmove.